The Hopkins was chosen on Friday night after weighing up the oncoming weather, despite desire to go up the Godley. Saturday morning was cold, with thick low cloud. Progressing up the valley it looked as if there was a chance that it would clear in the direction we were heading, but this didn't happen and the drizzle hung around alternating between solid rain and slow flurries. No snow on the ground. 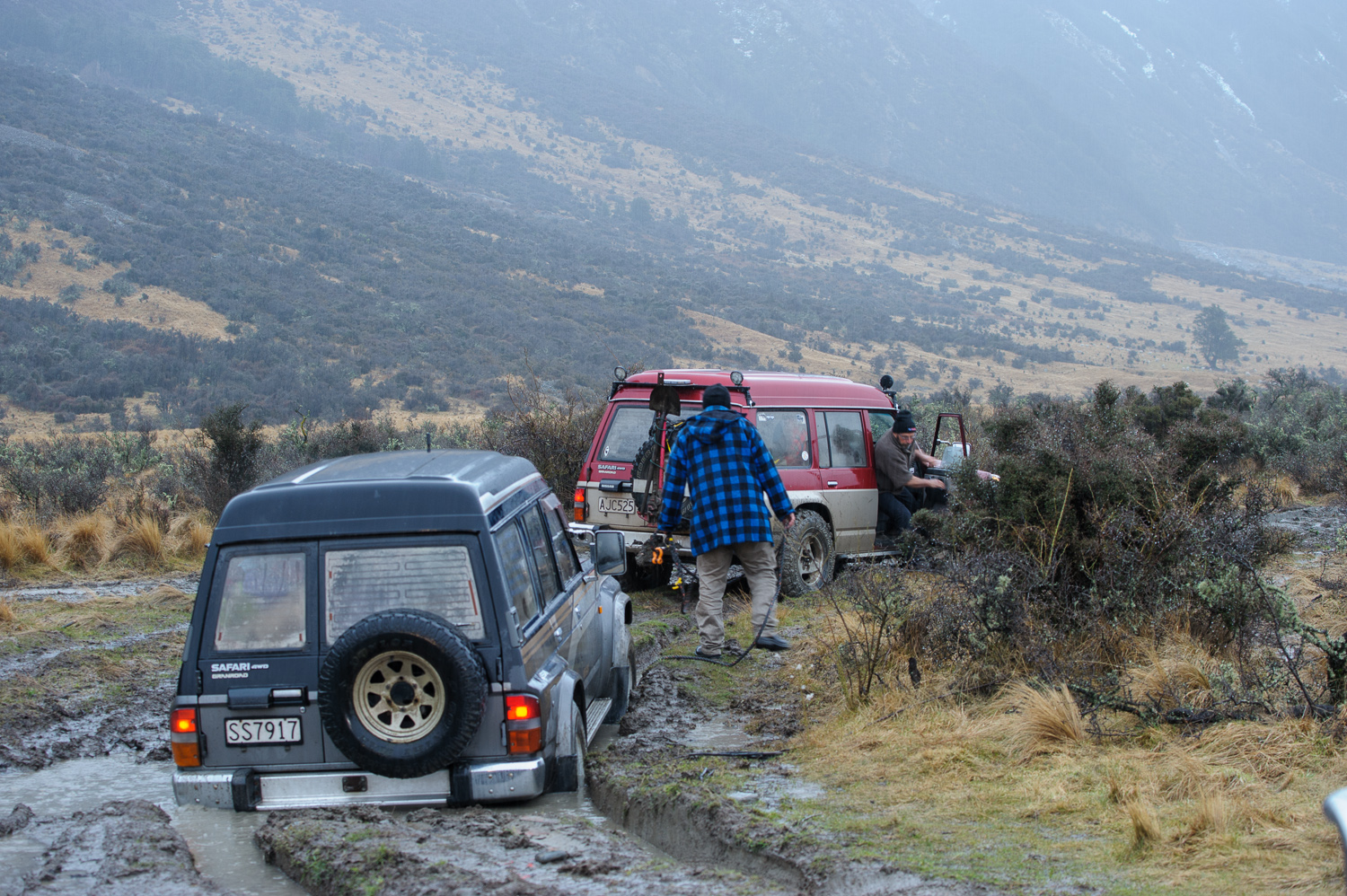 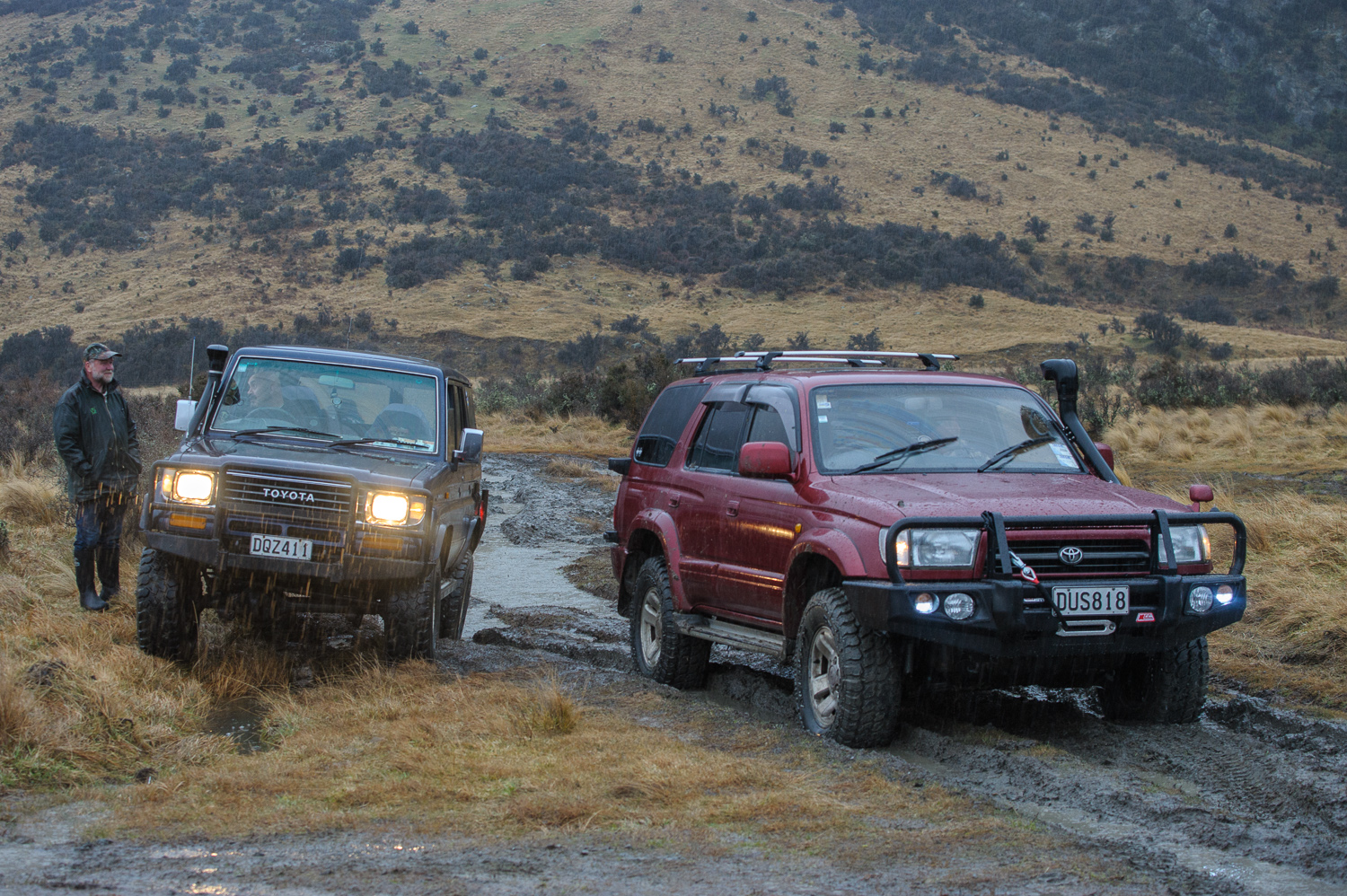 After the remaining Nissan failed to pull out it's compatriot, the understated Mercedes made it look easy. It is possible to drop into the river to go around this spot.

The group progressed up to Monument Hut to assess the river and decide if continuing further up the valley was possible. The river was low and the rain light and steady, and so we continued up the riverbed. 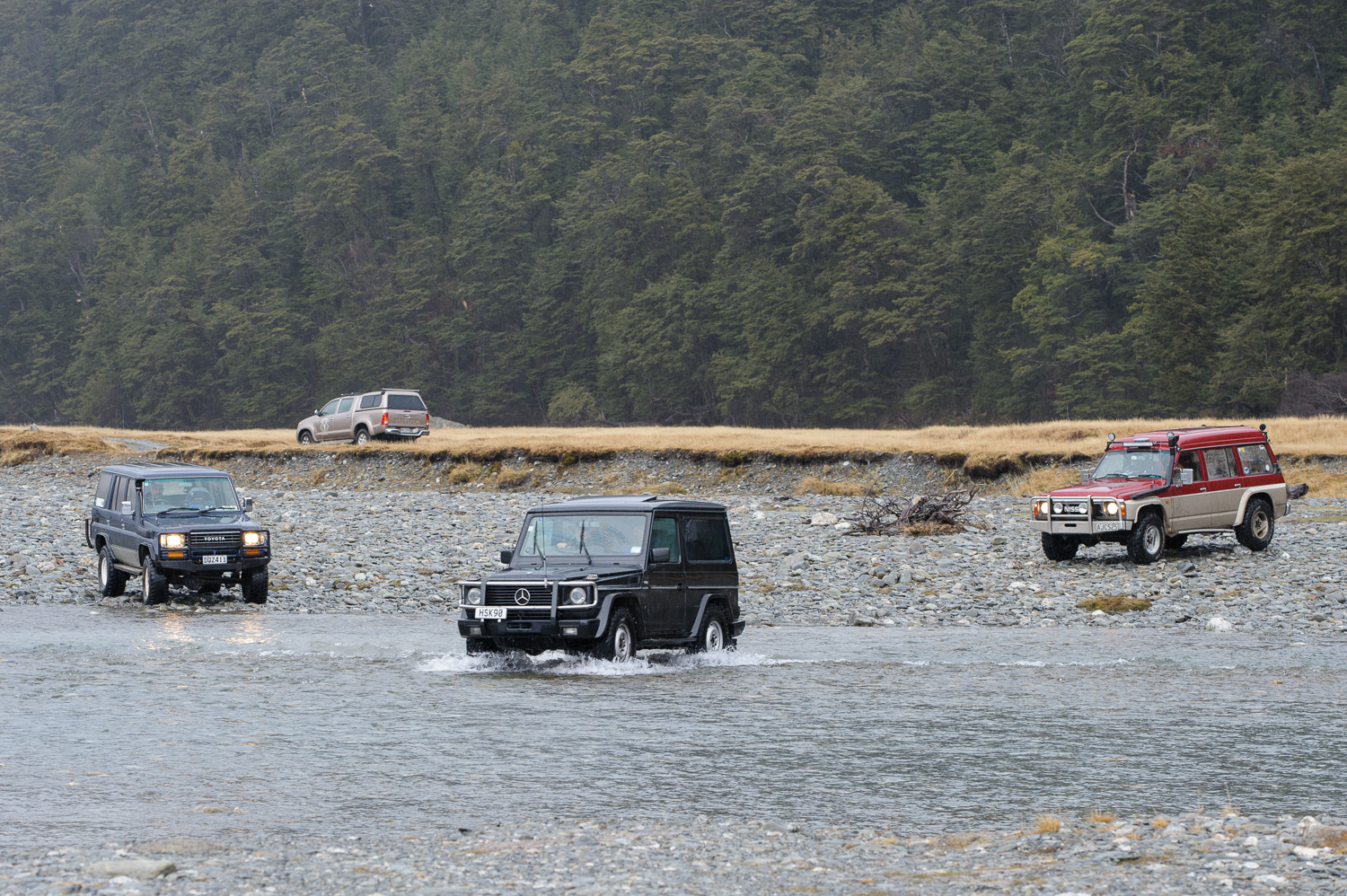 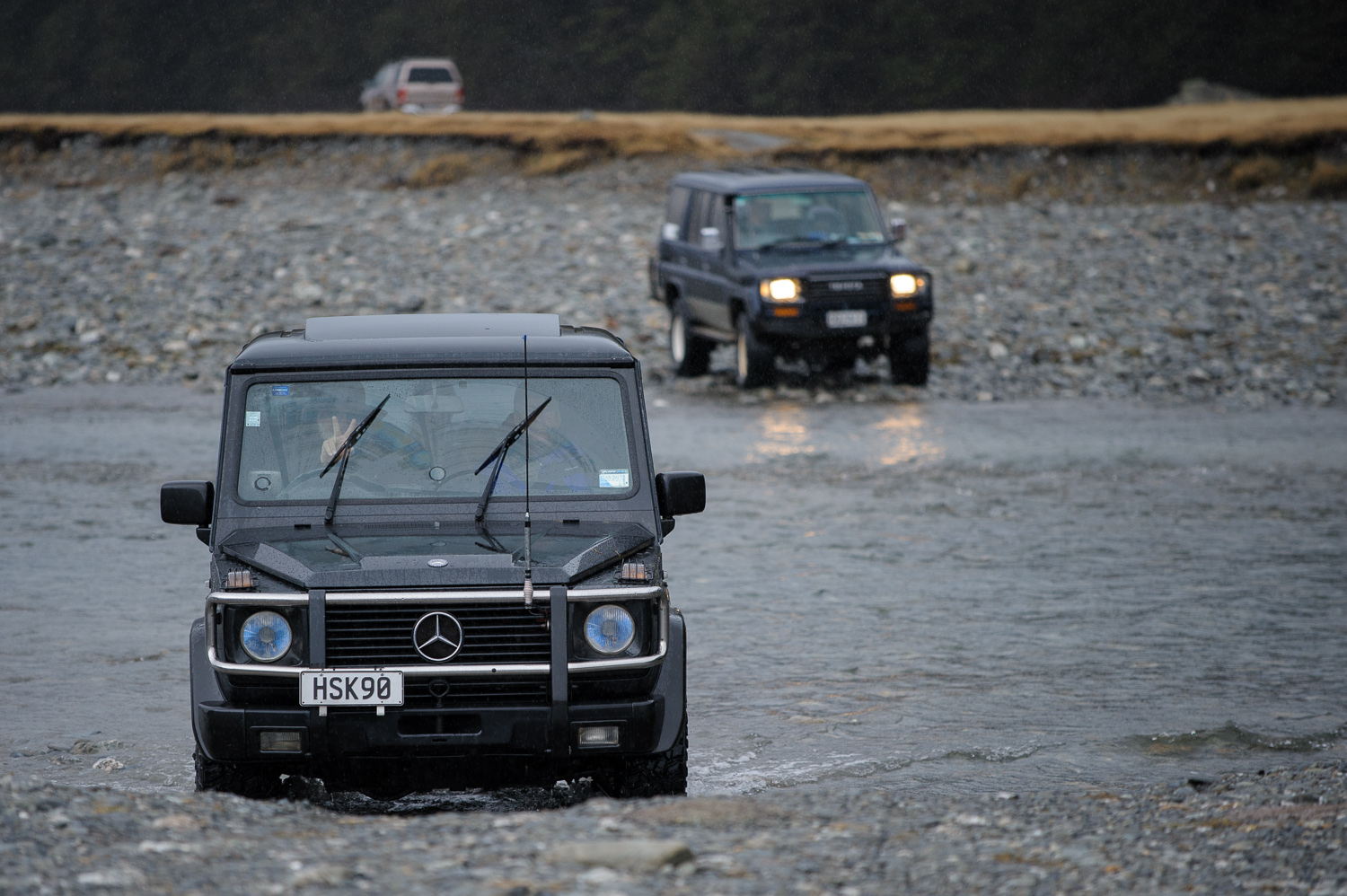 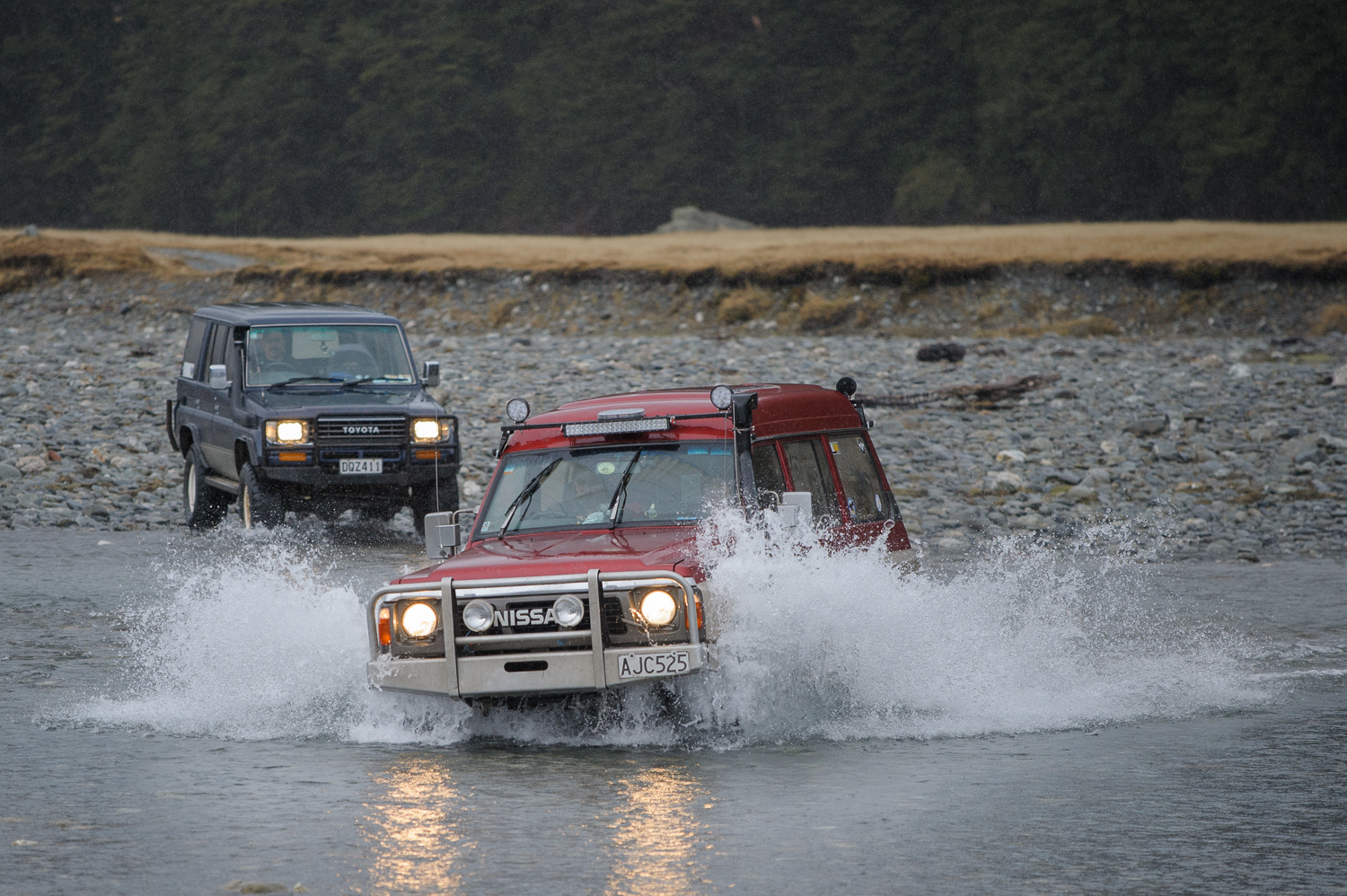 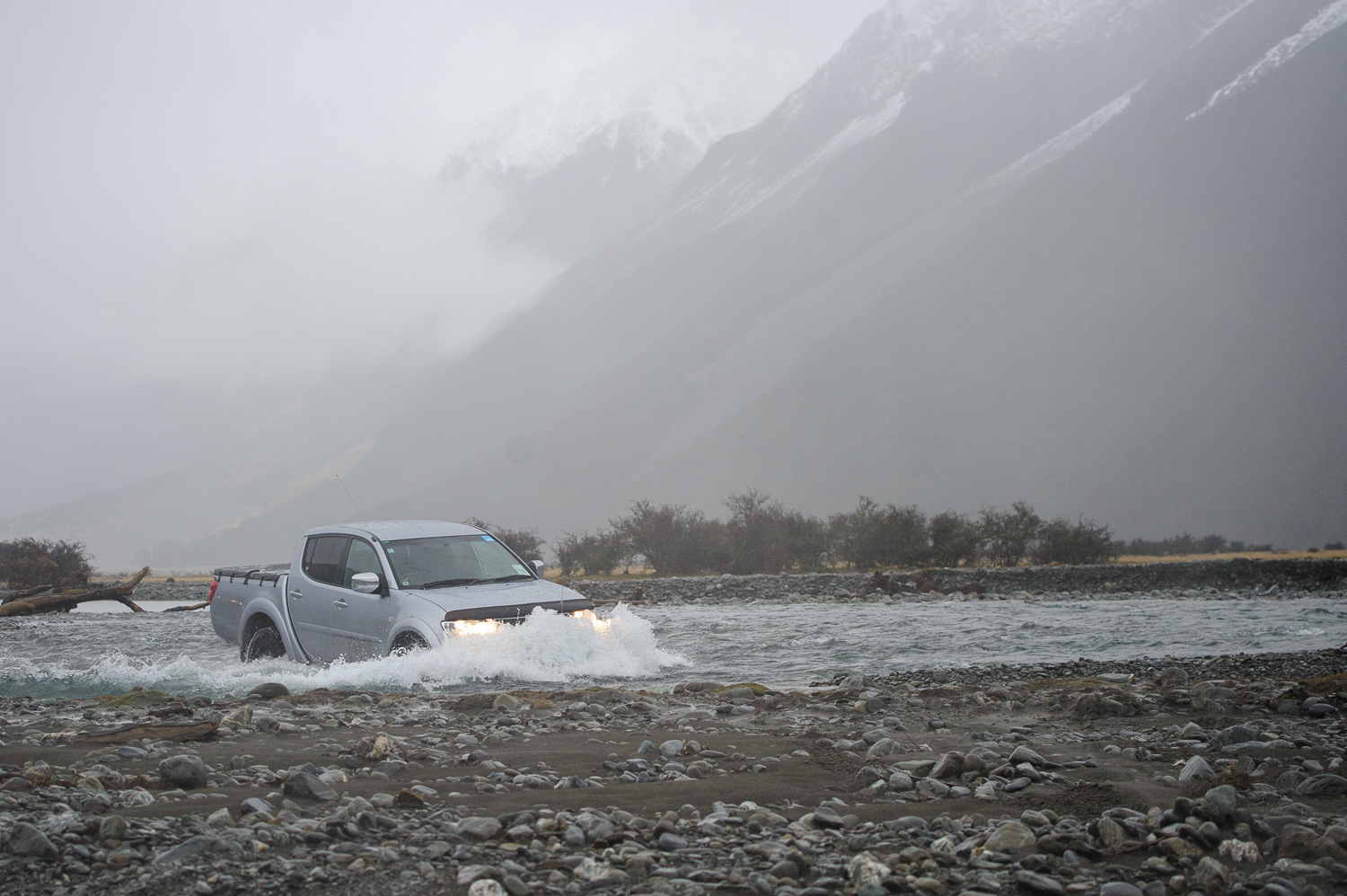 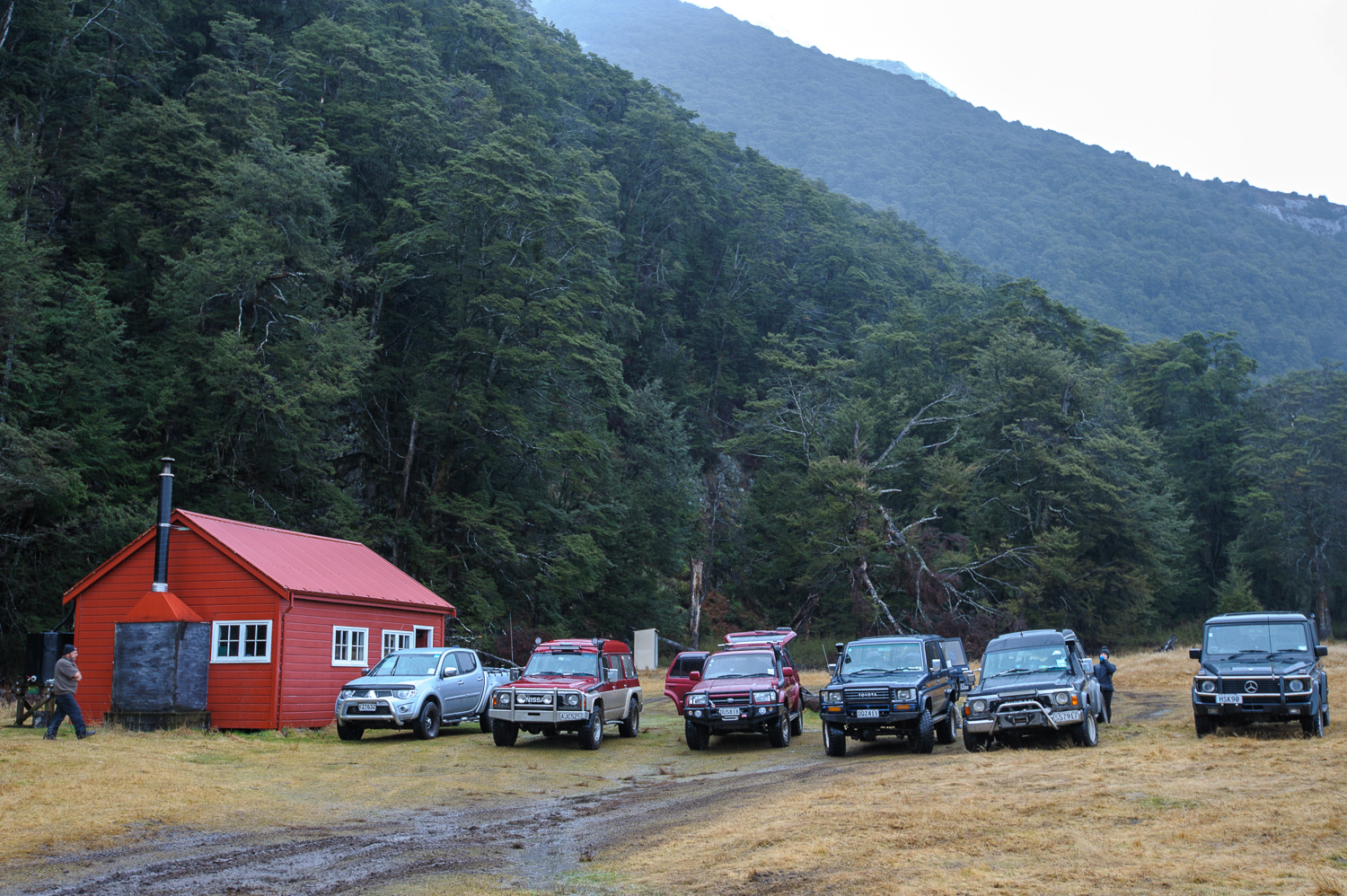 Stopping at Red Hut for lunch, the roped cropped grass area sparked tales from GT about the rare, intimidating, and ridable native beetles in the area, typically enclosed within such a fence. Jo took some of the party back to the foot of the hill to explore the cave. 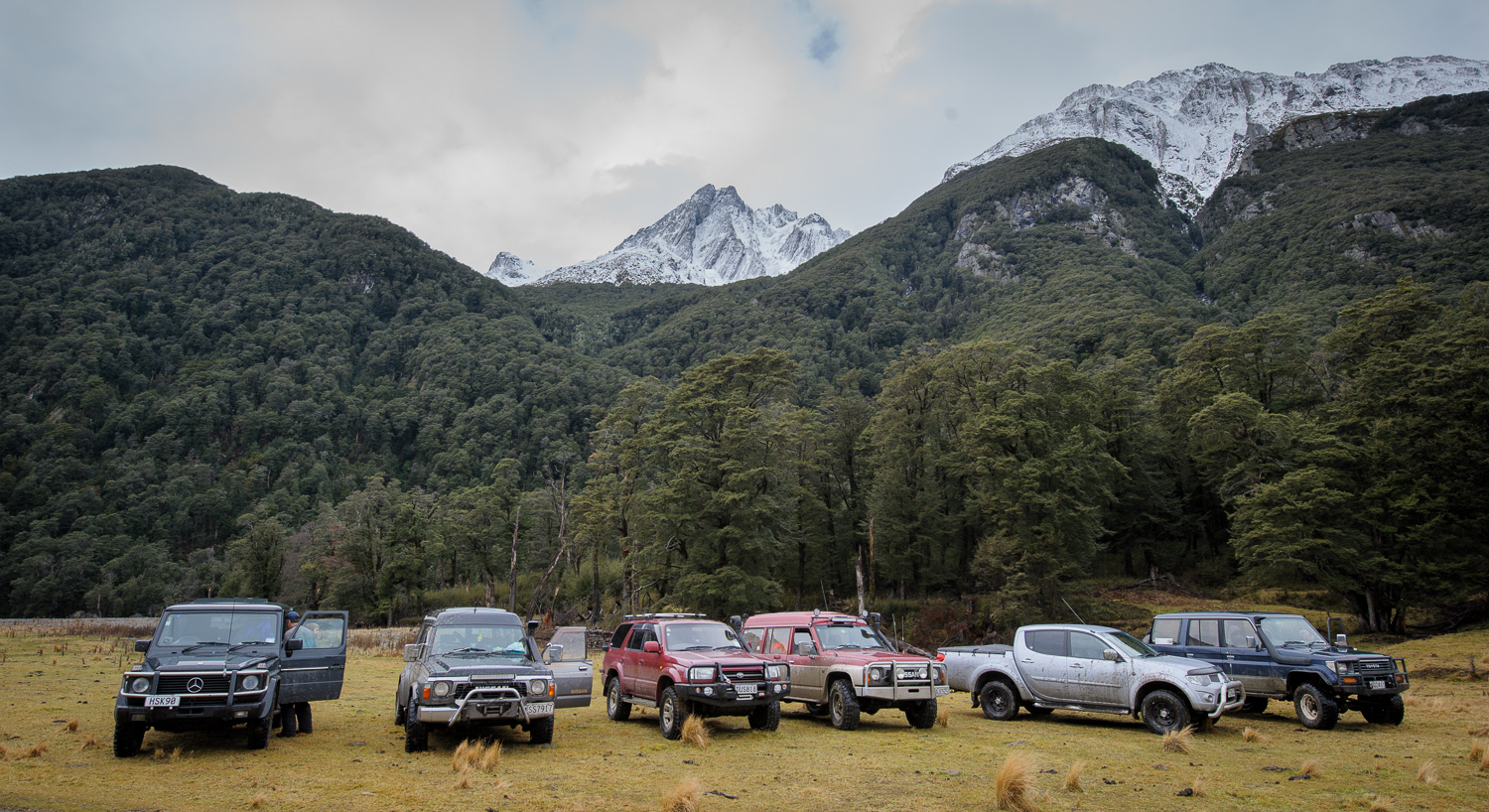 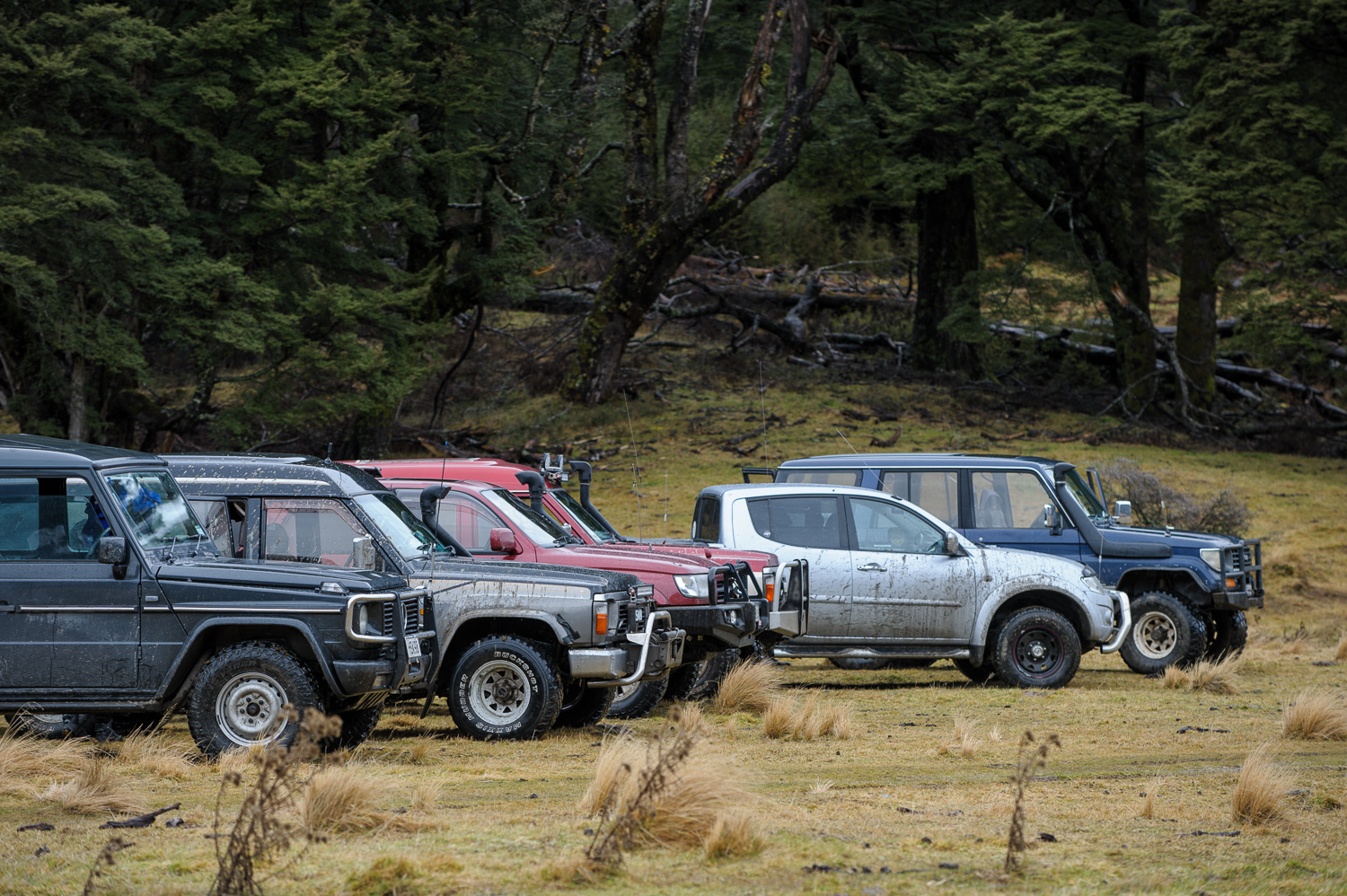 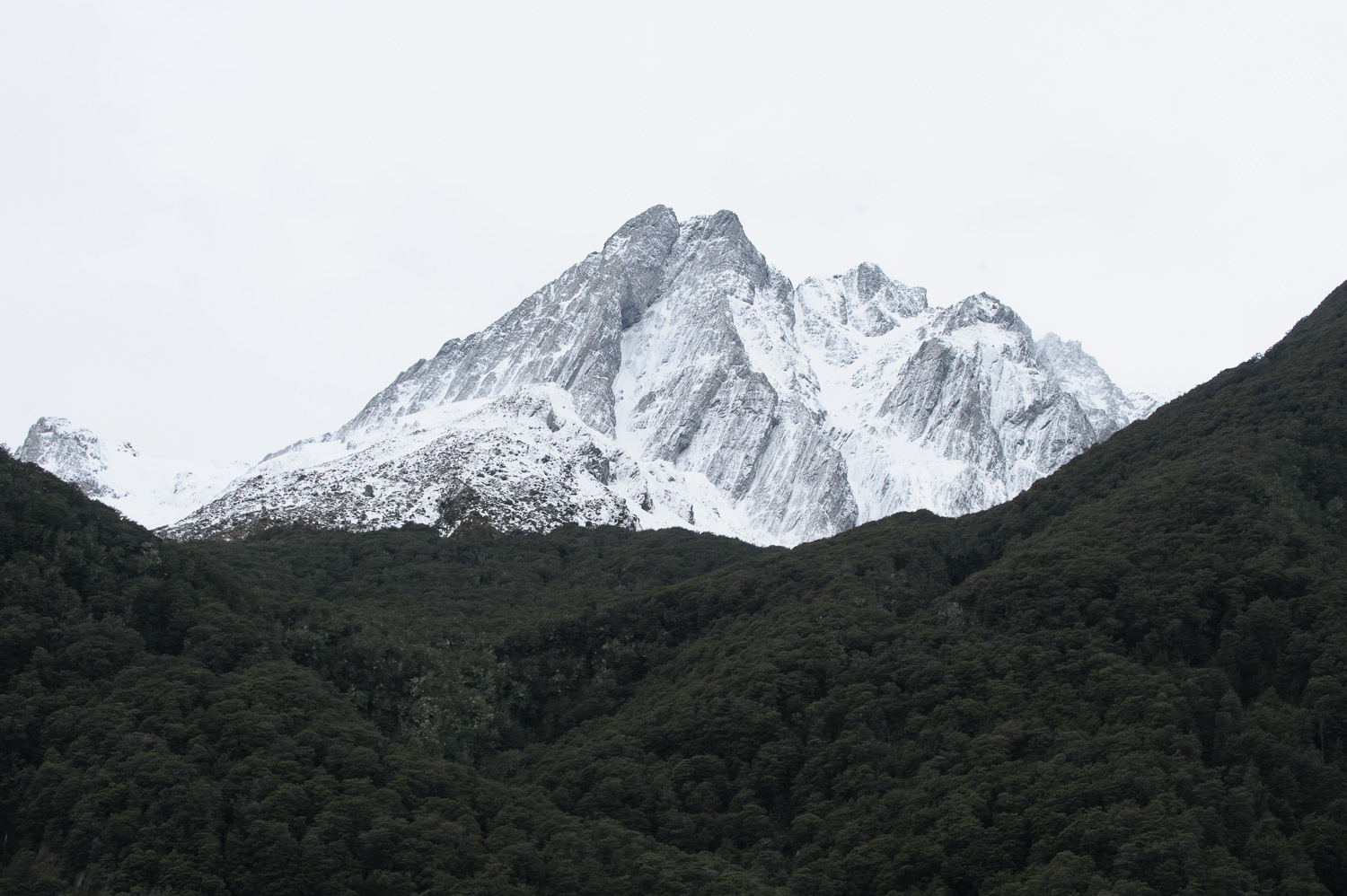 After lunch only another 4km of progress was made up the valley before we turned around and headed back out. 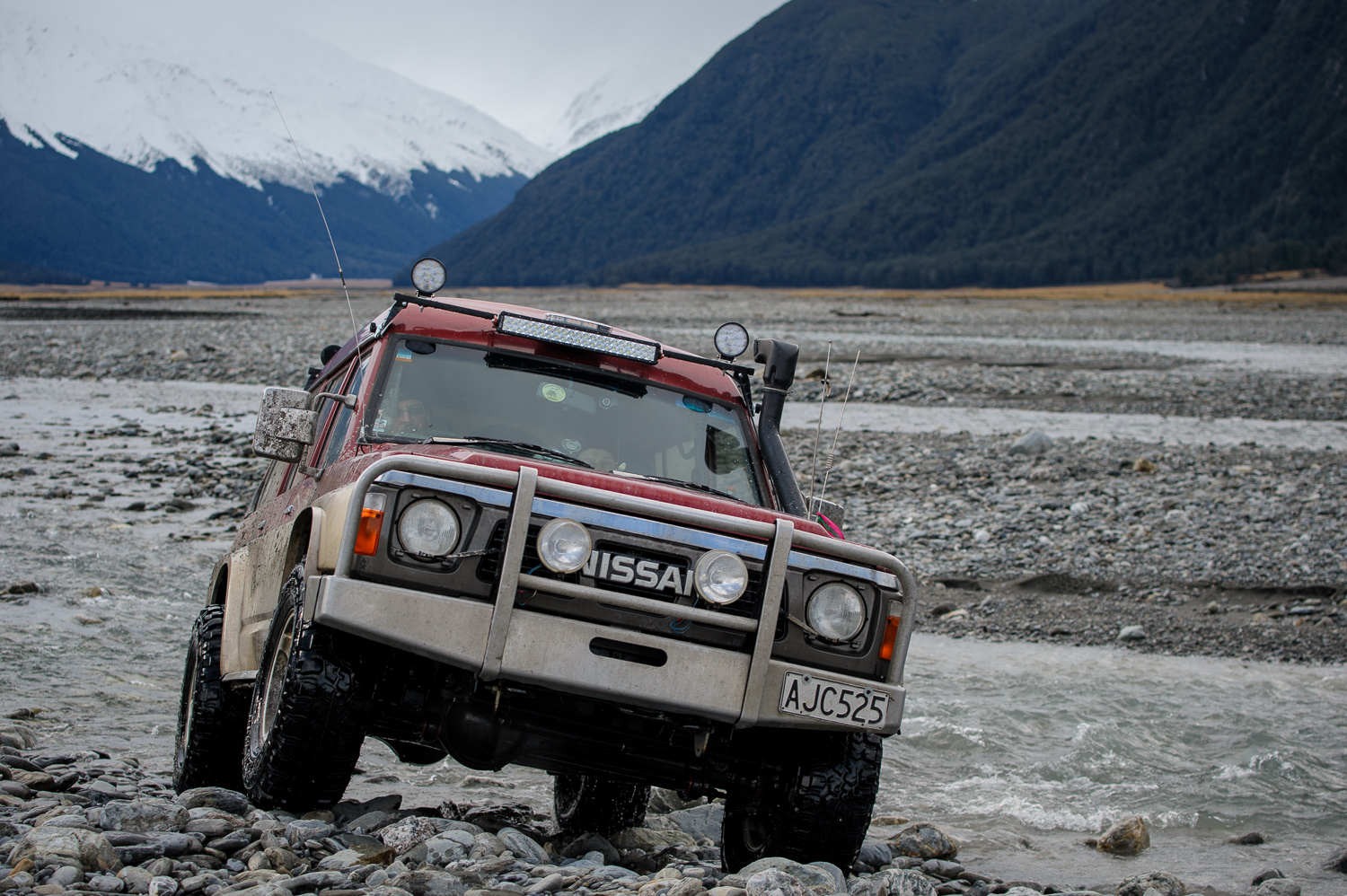 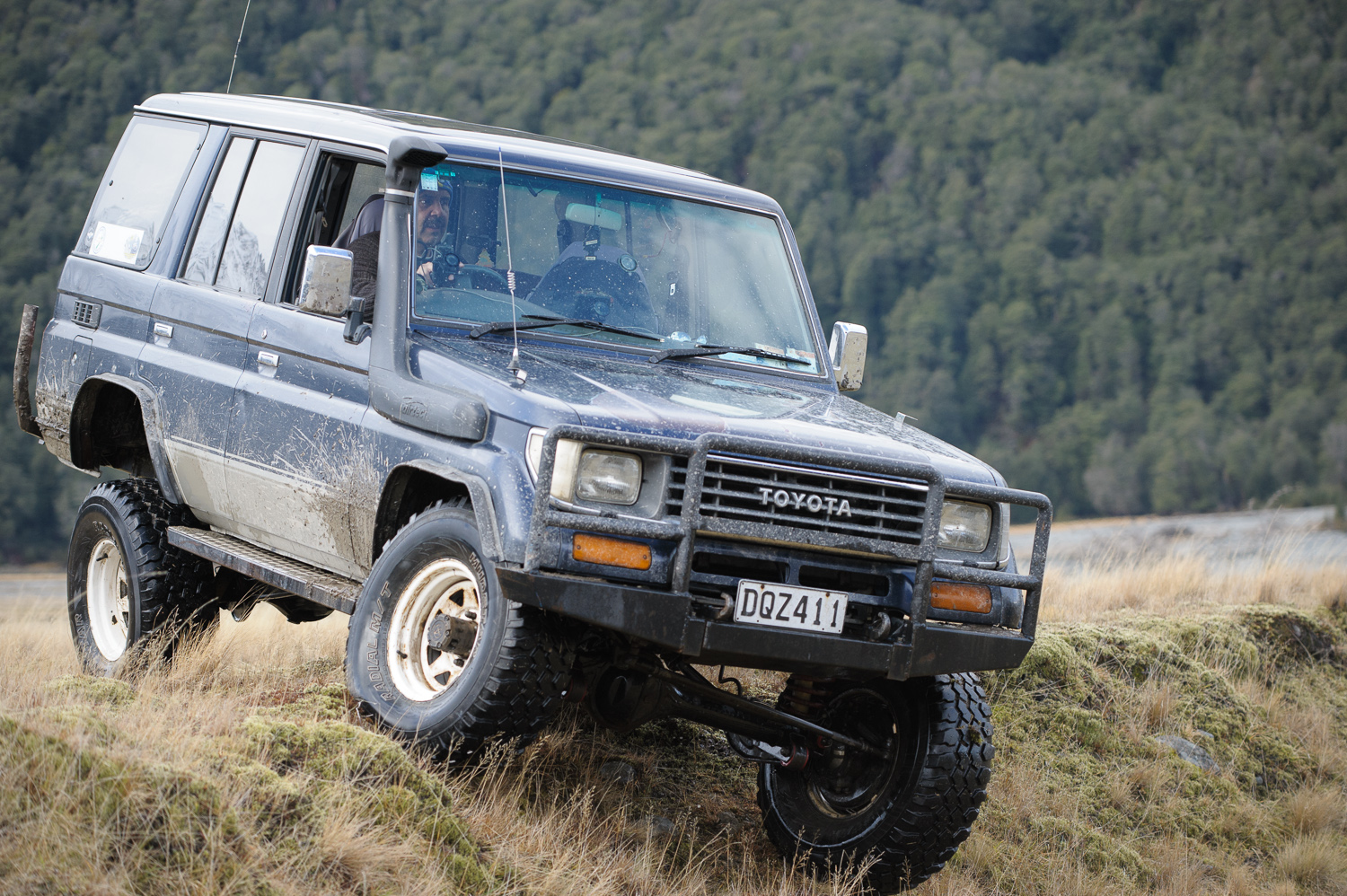 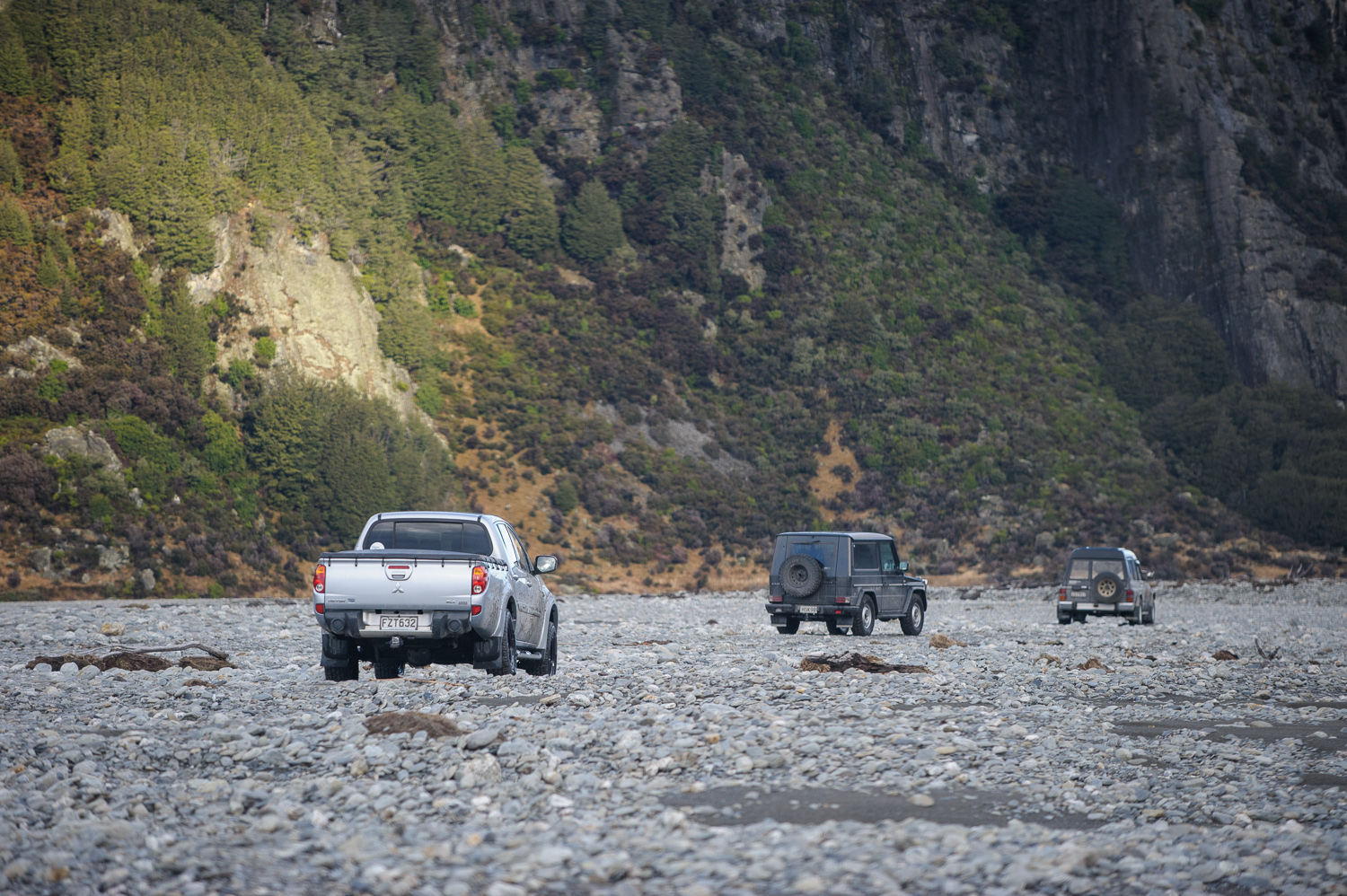 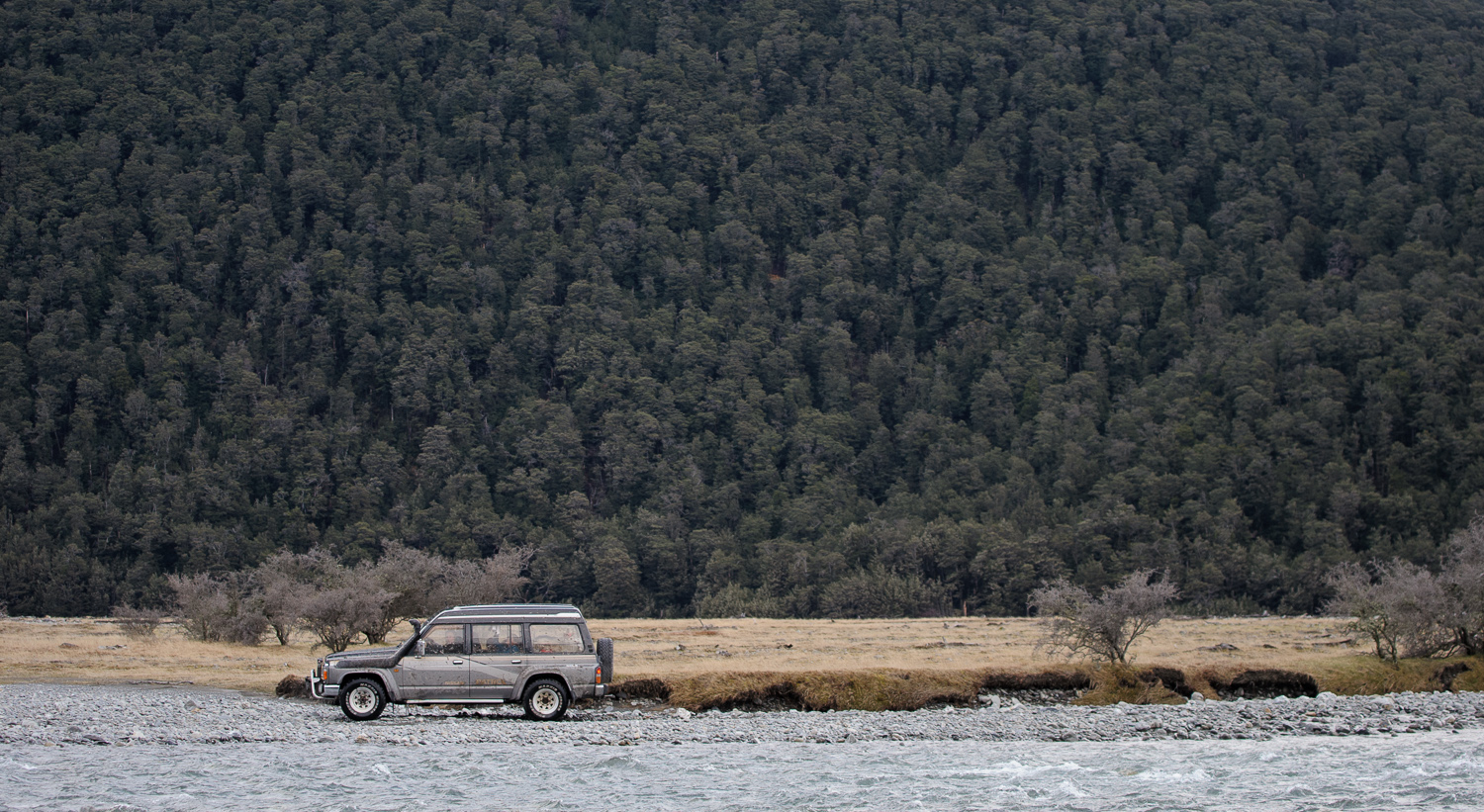 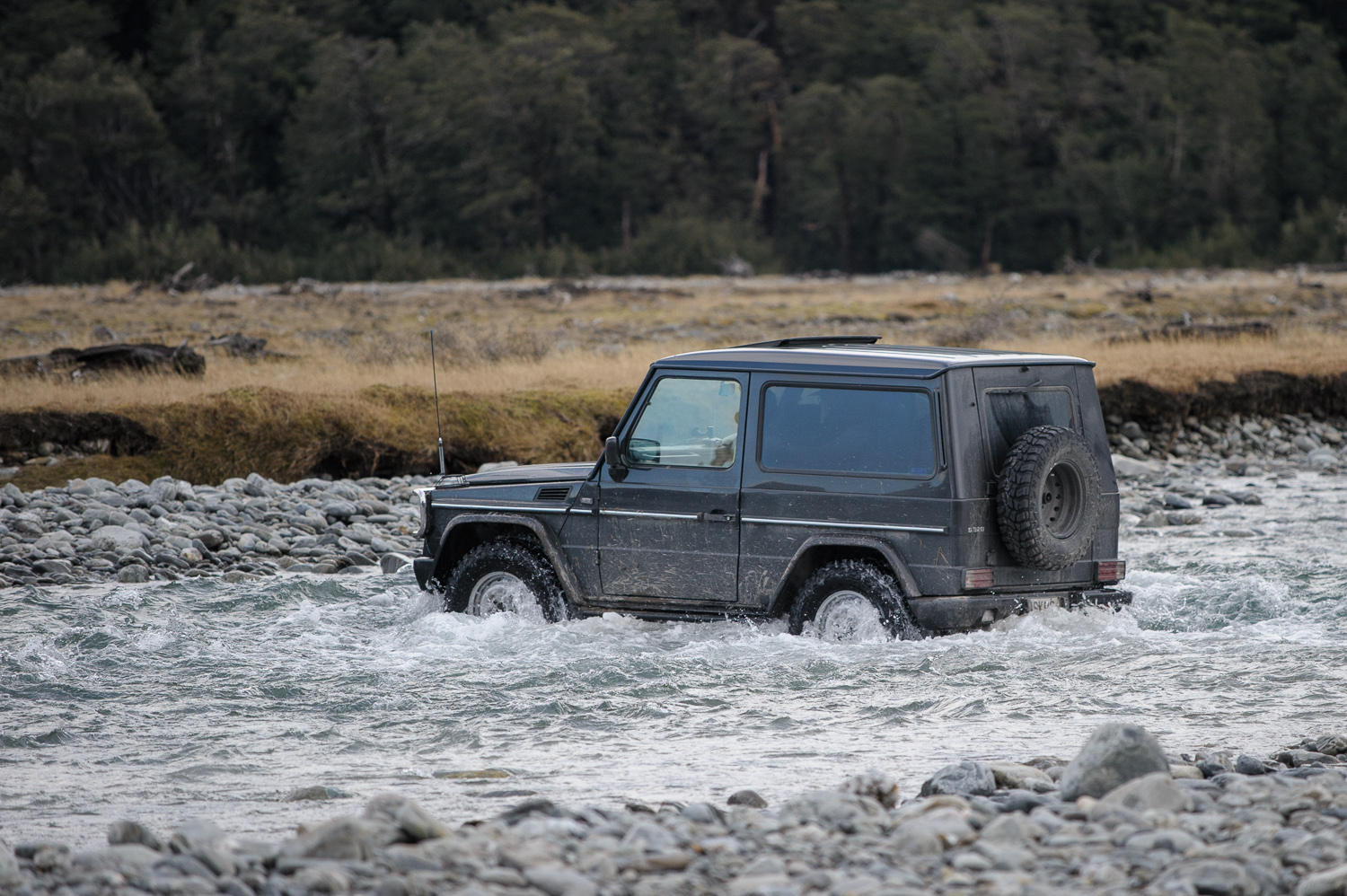 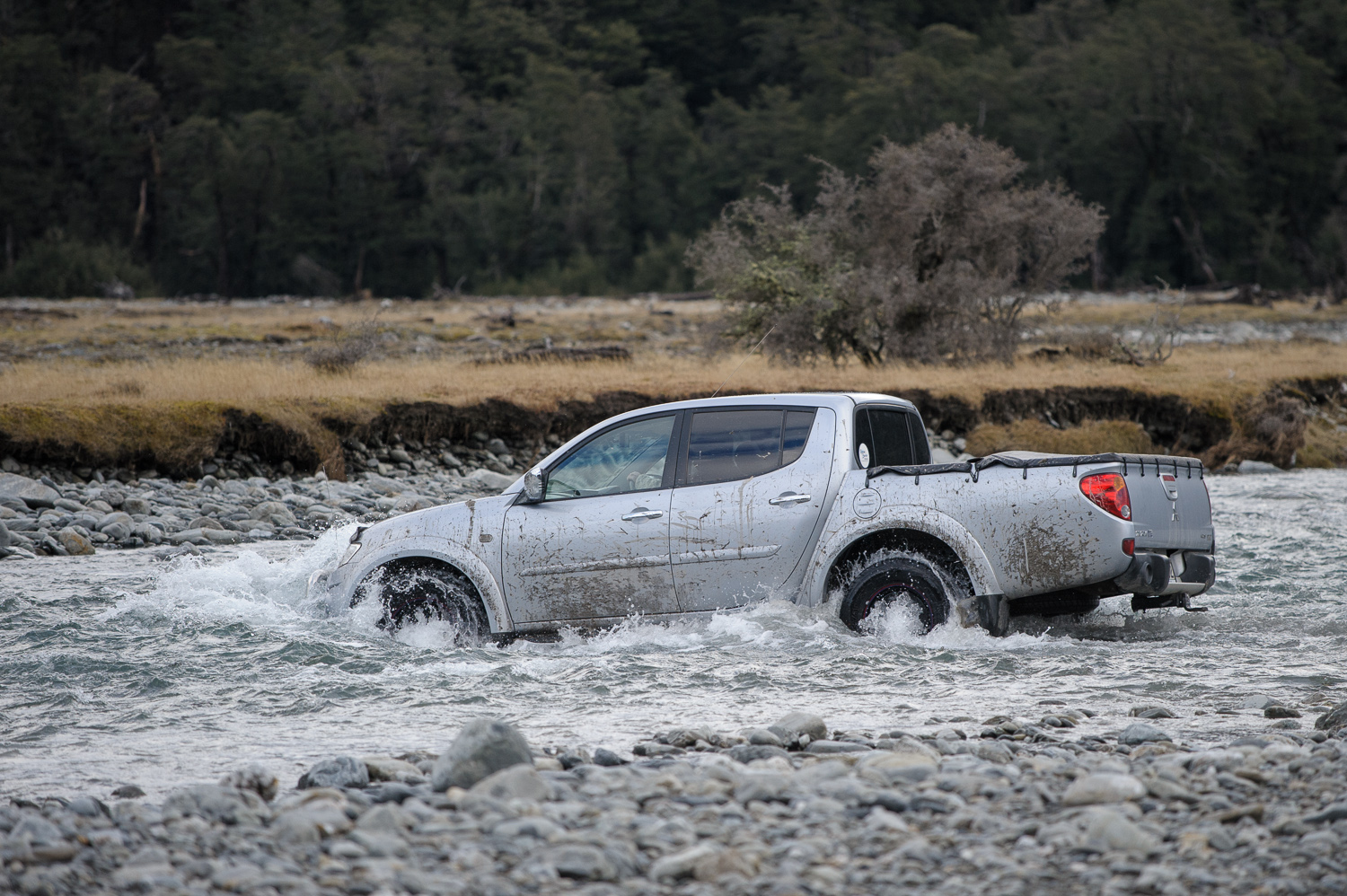 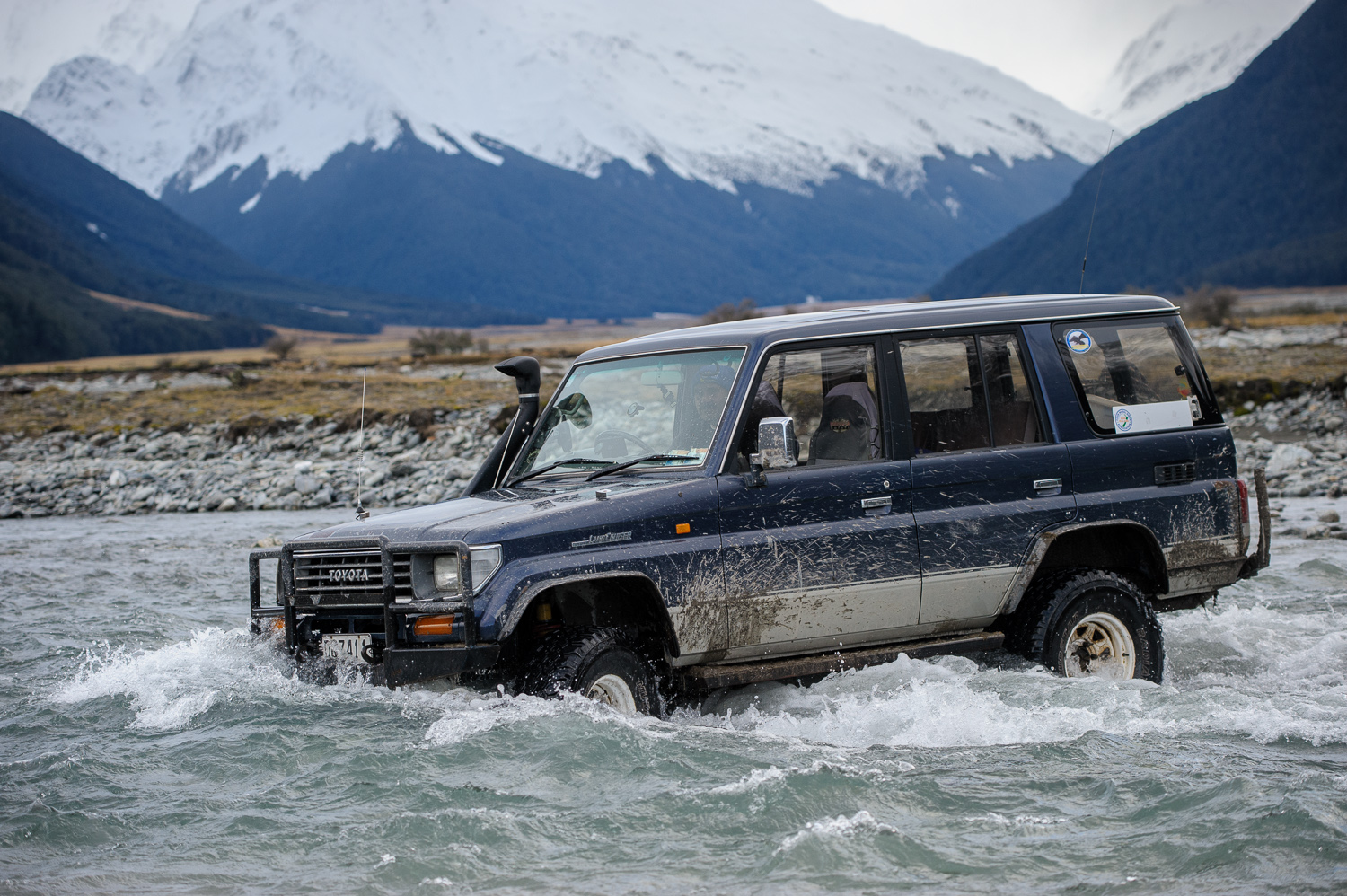 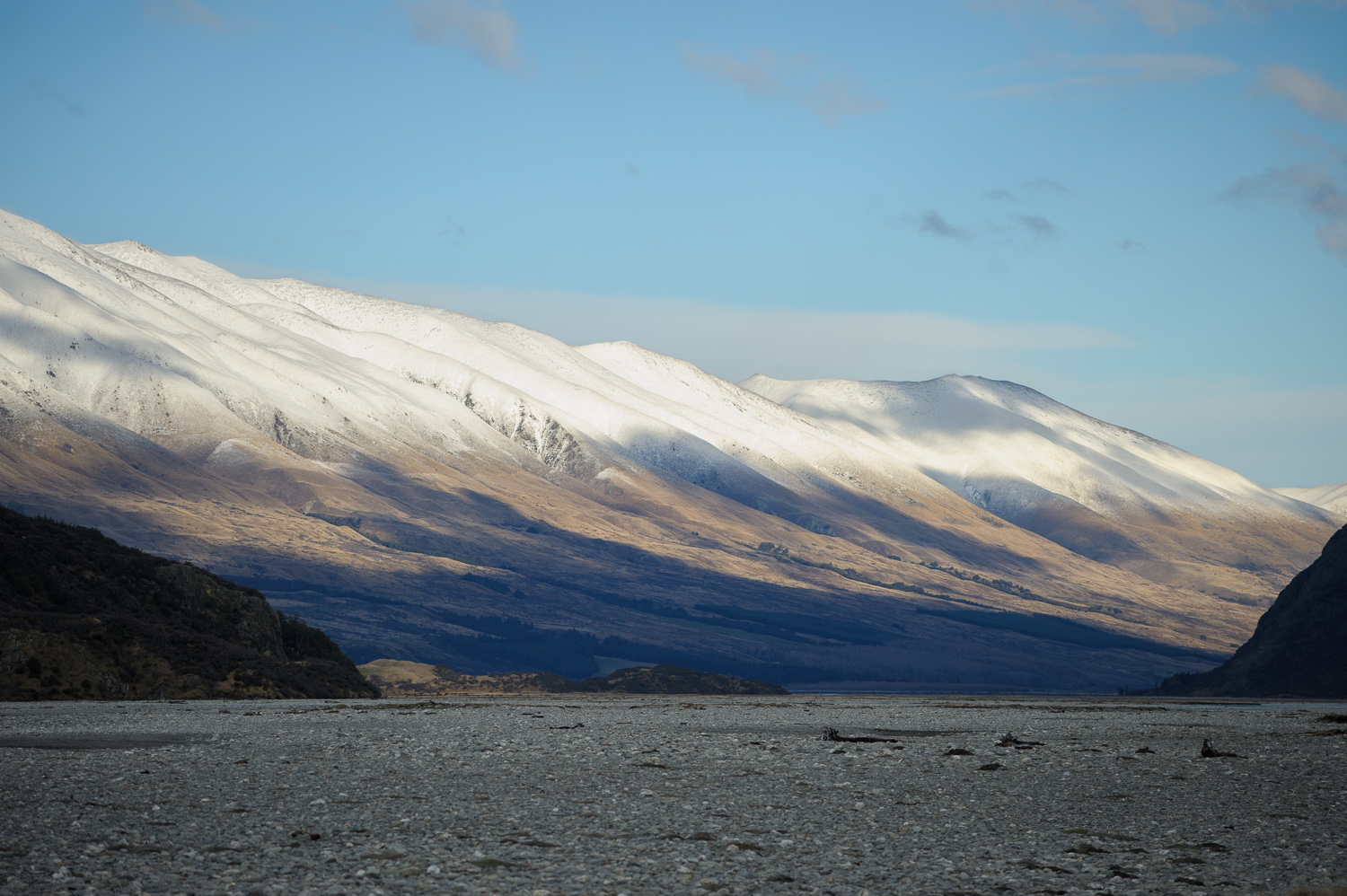 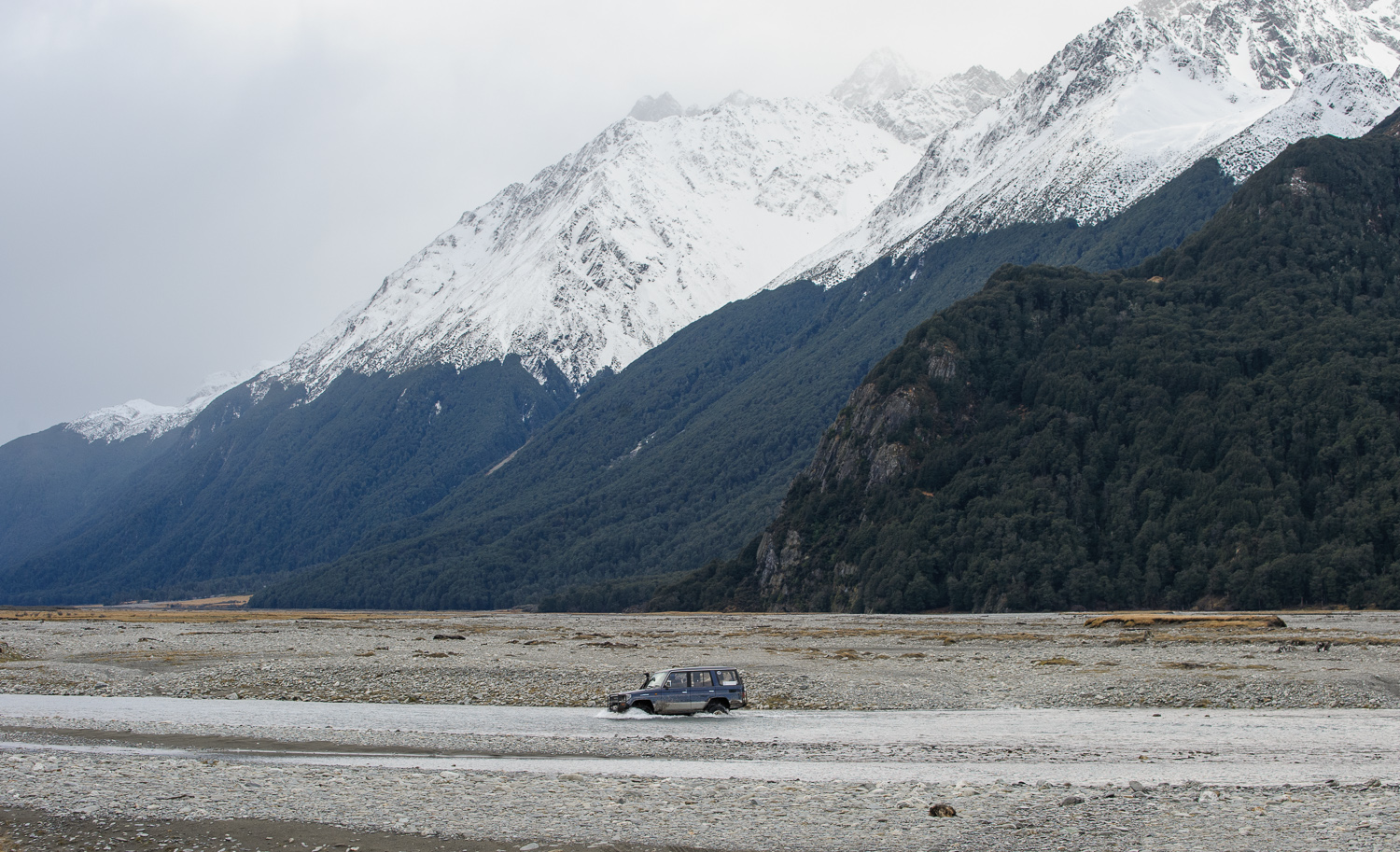 The return down the valley went without event until the same mudhole grabbed the same victim. However this time the service of a winch was employed, with GT anchoring Greg. 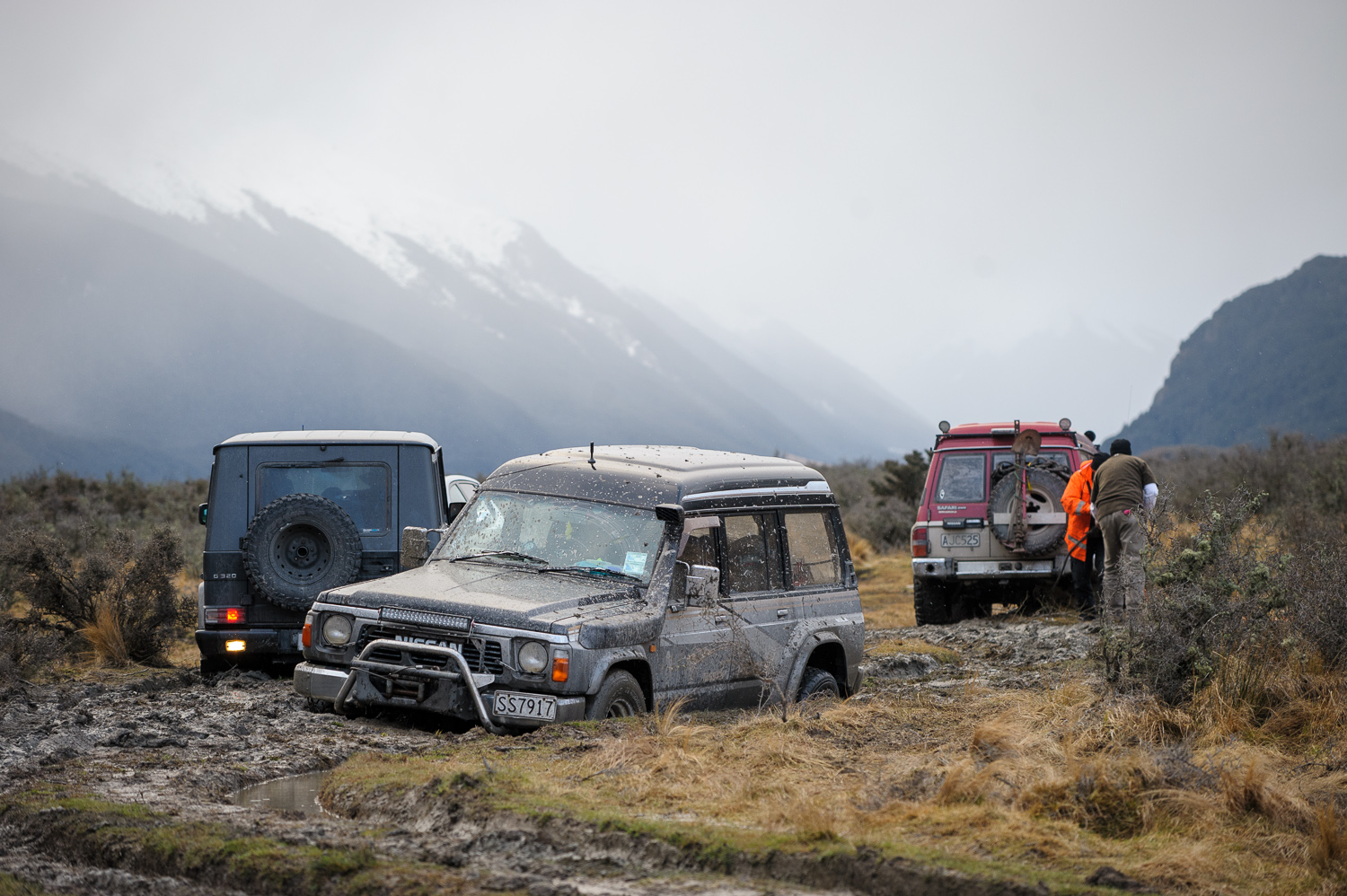 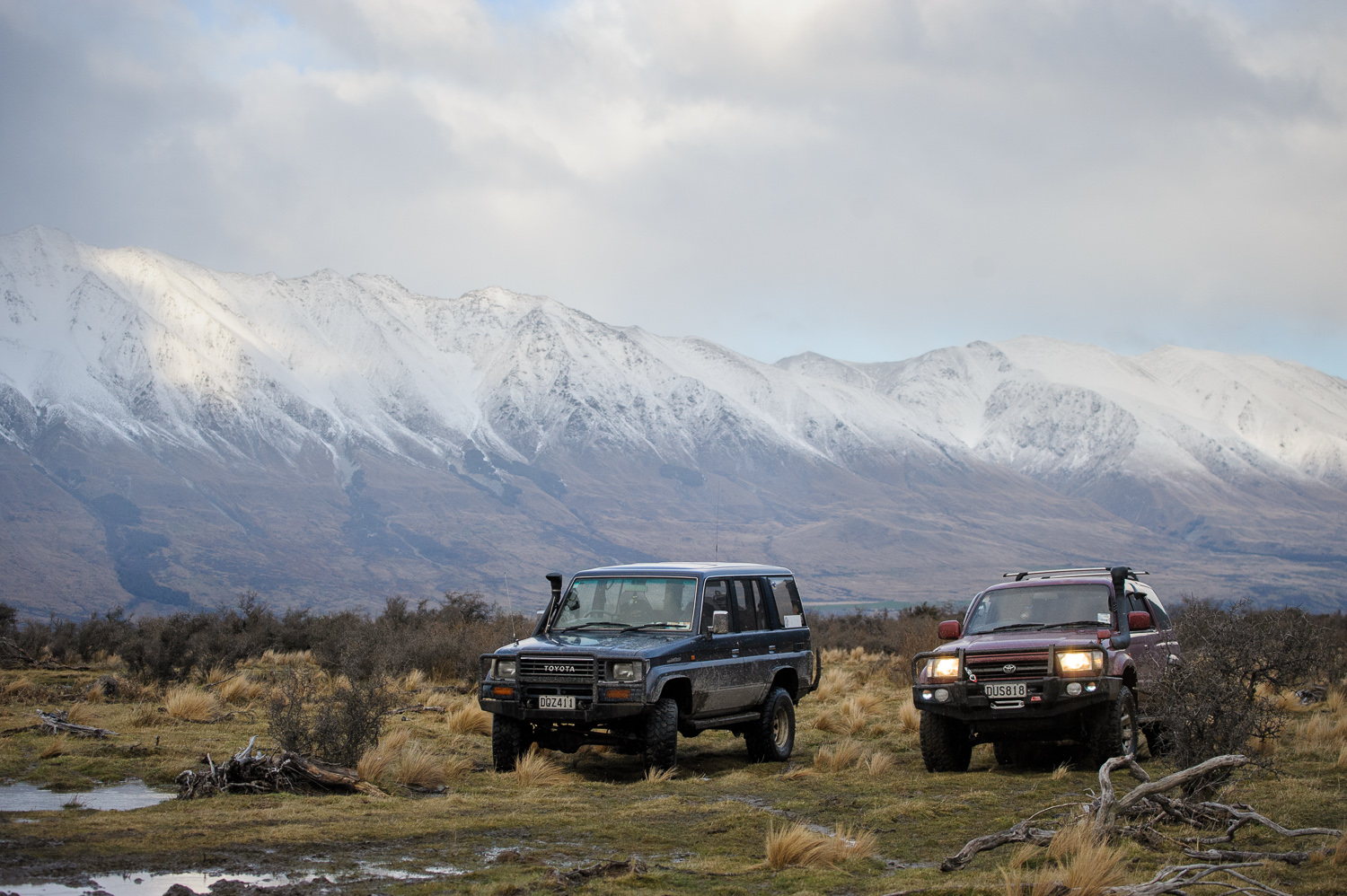 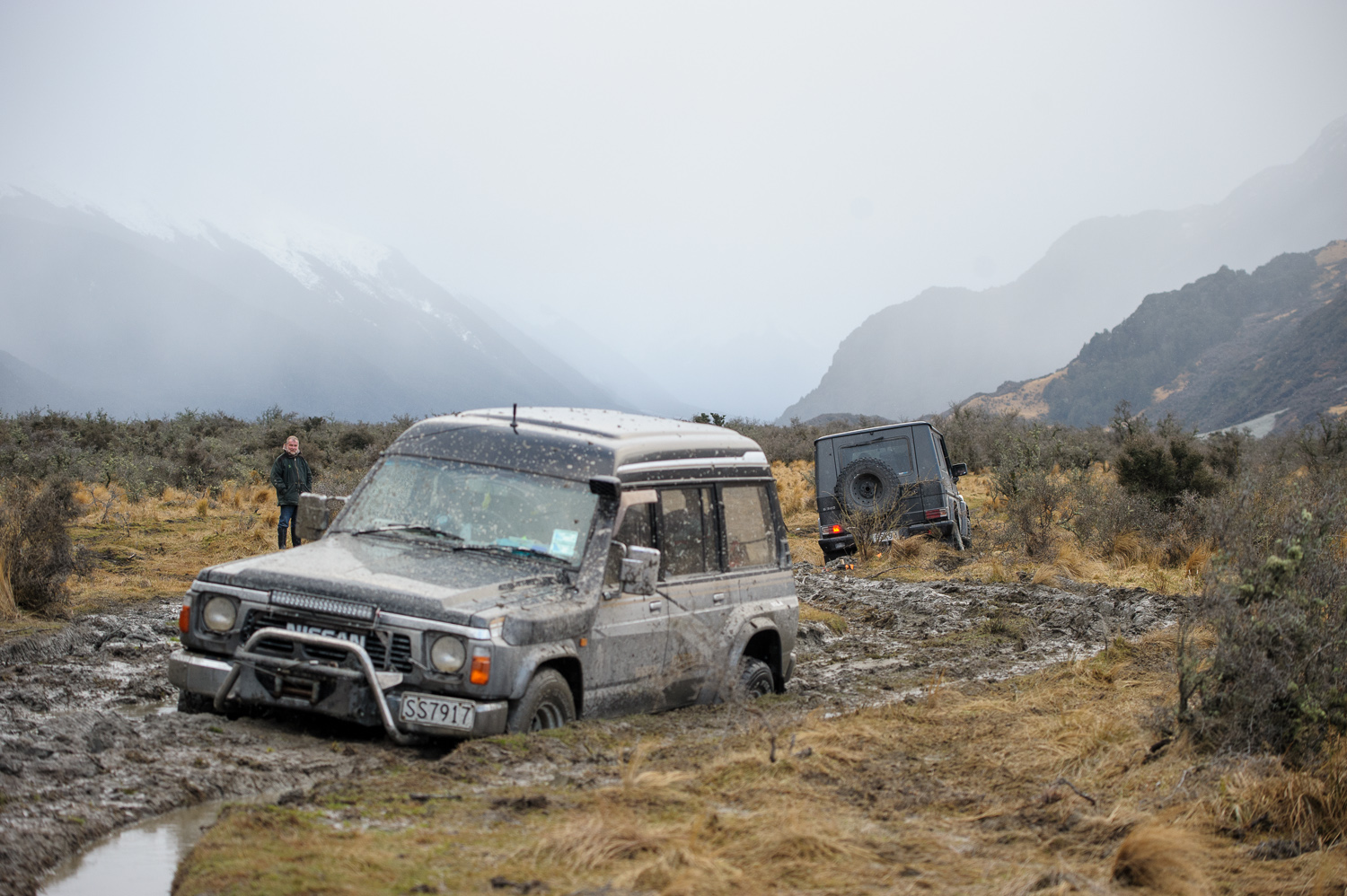 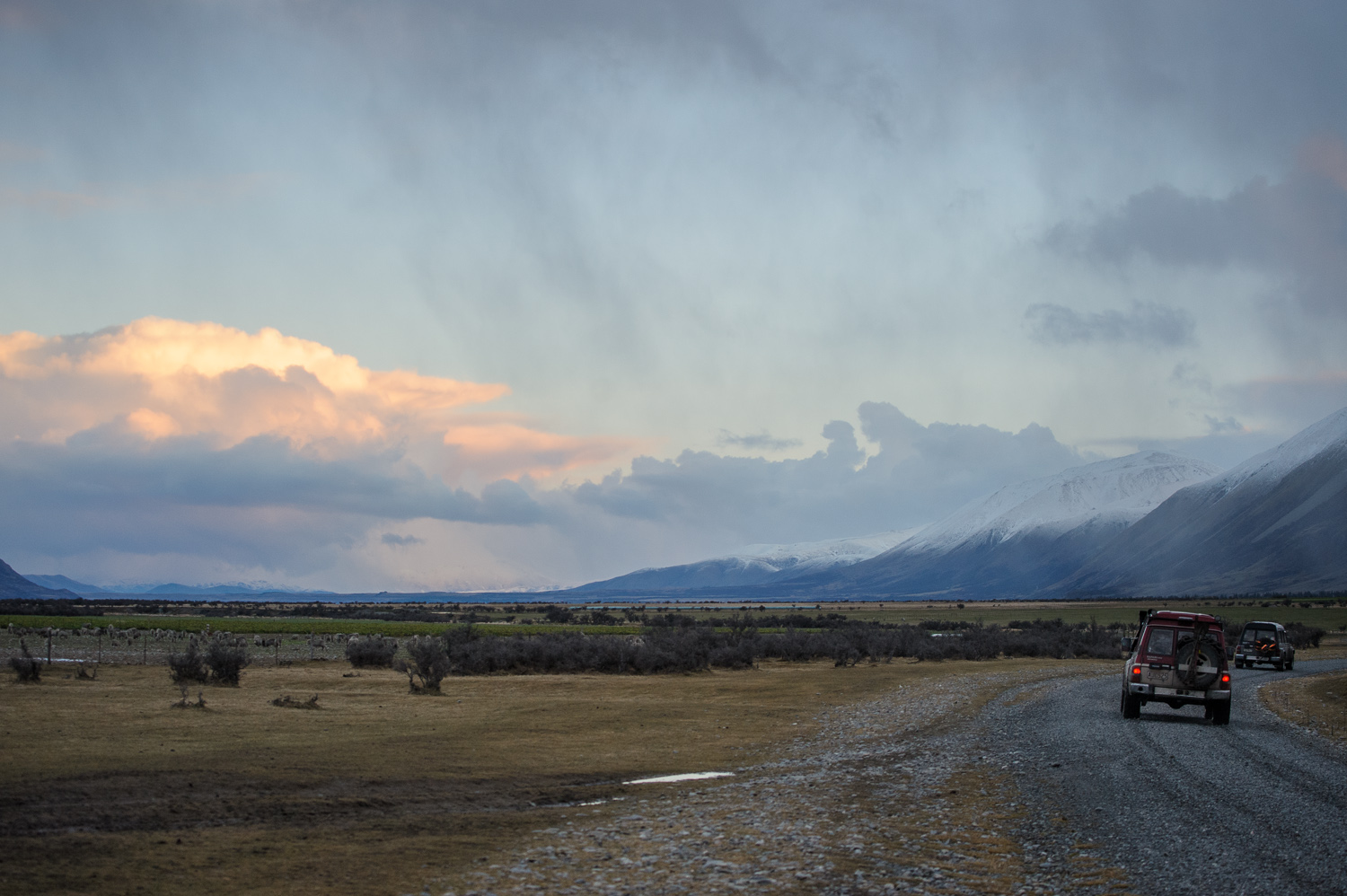 A pot-luck dinner with an abundance of food was a great end to the day.

With a drive home at the end of the day, and school in the morning for kids, the Ahuriri was chosen as an easier and shorter trip for Sunday. There was snow on the ground at the start of the valley from weather earlier in the week, but this was only a small area, and the road was clear. Outside of a few lumpy washouts, the road was uneventful with only light mud later in the day once the sun had been out for a while. 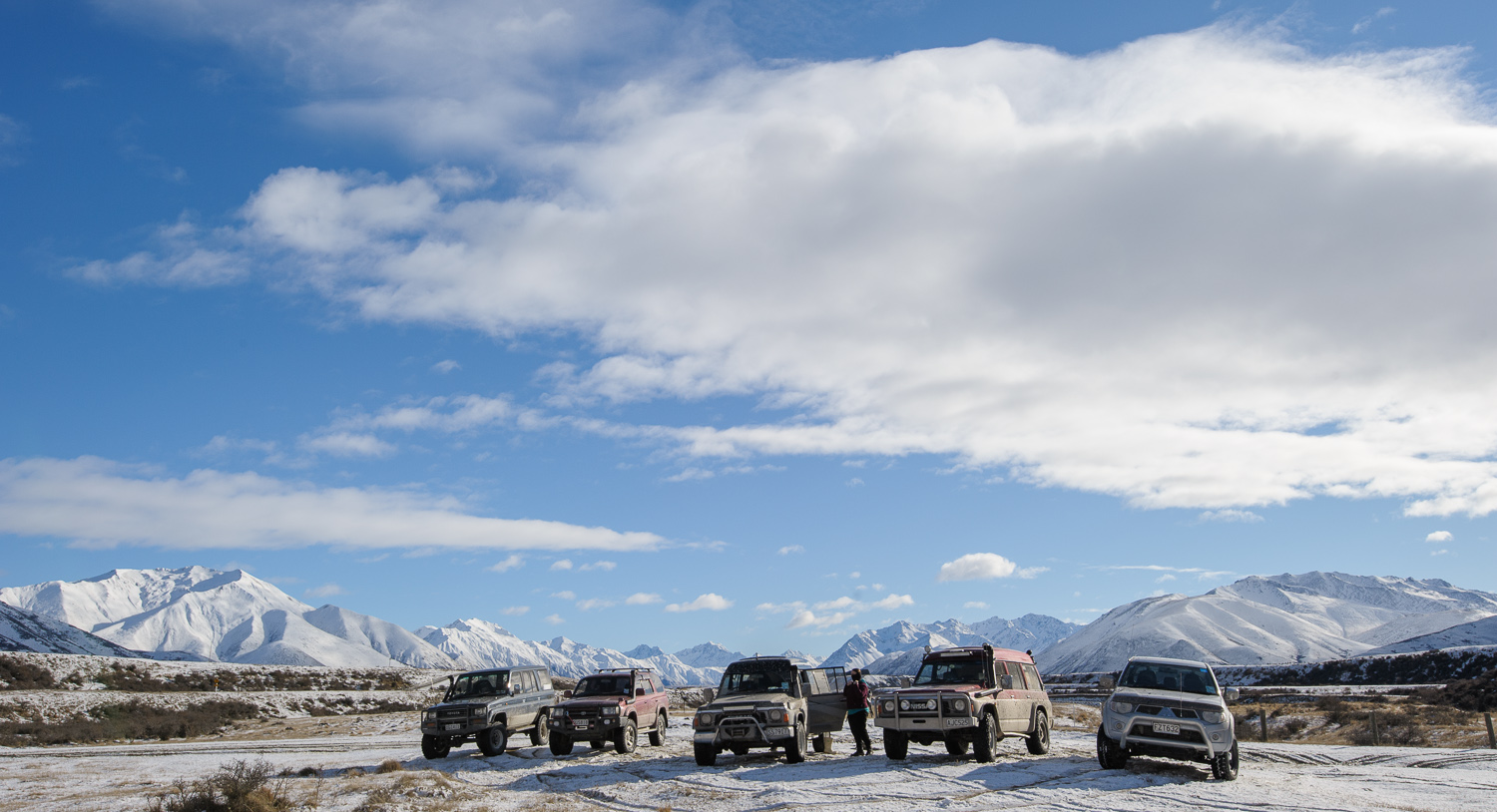 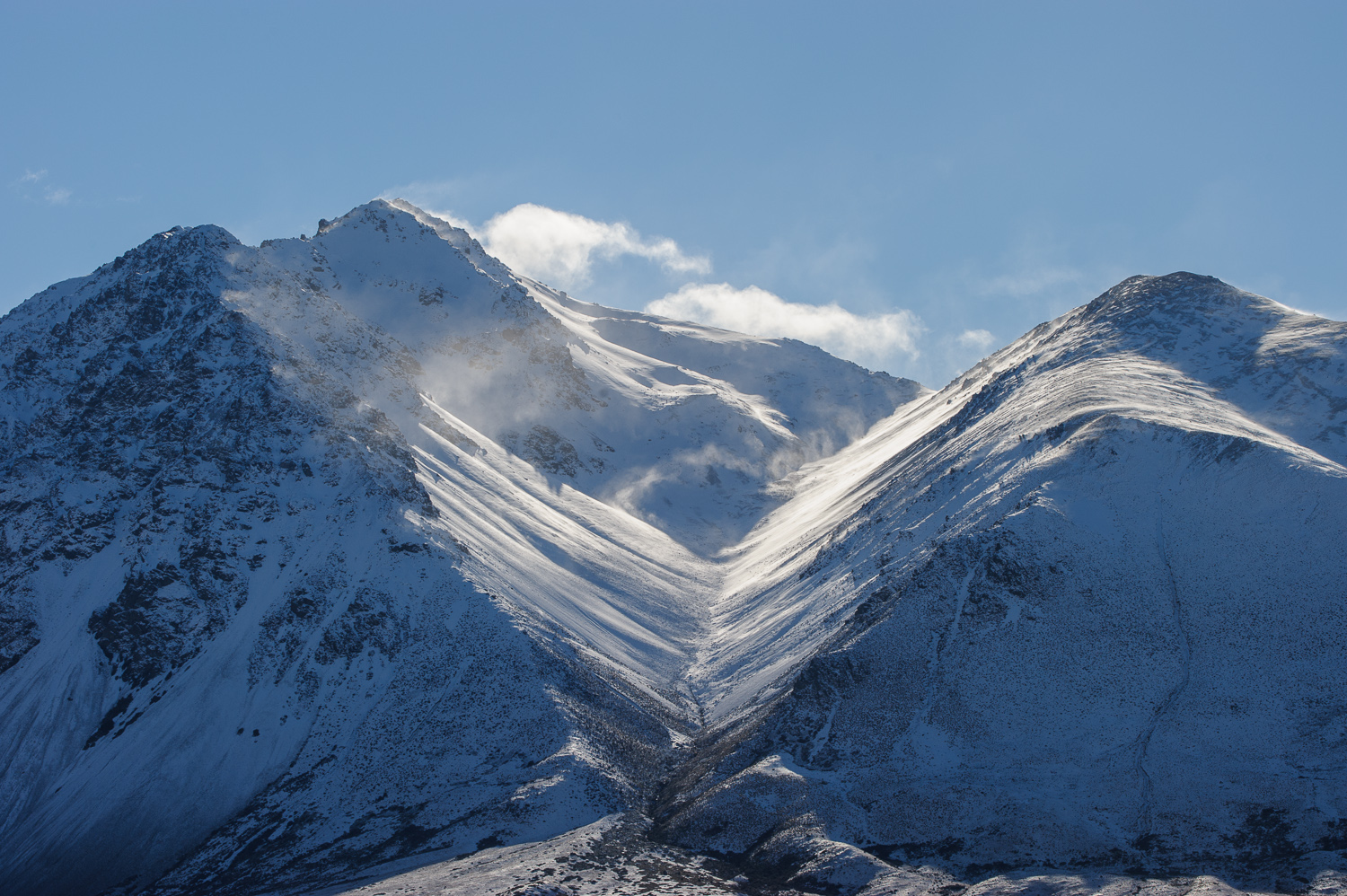 Snow cascading down in mini-avalanches on some of the distant peaks added some drama to the view. After a brief stop to view the spade line, lunch was by the side of the river not far from the end of the road. 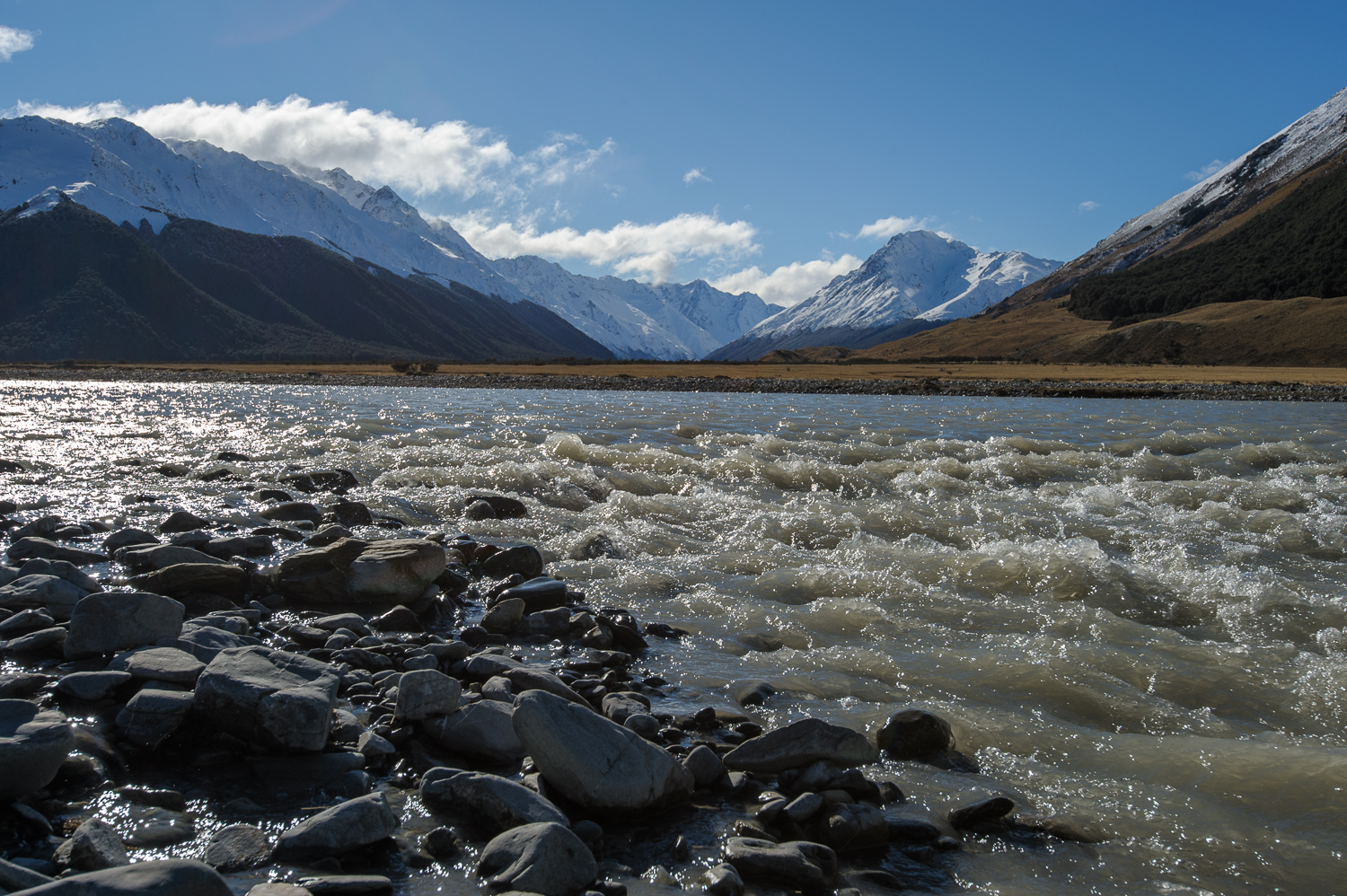