The weather forecast all week was not looking great, with 40-80mm of heavy rain forecast on the divide on Friday. However as we got closer to the weekend it progressively dialled back, and as access wasn't possible on Sunday, we headed straight to the Dobson on Saturday morning, and in superb weather. 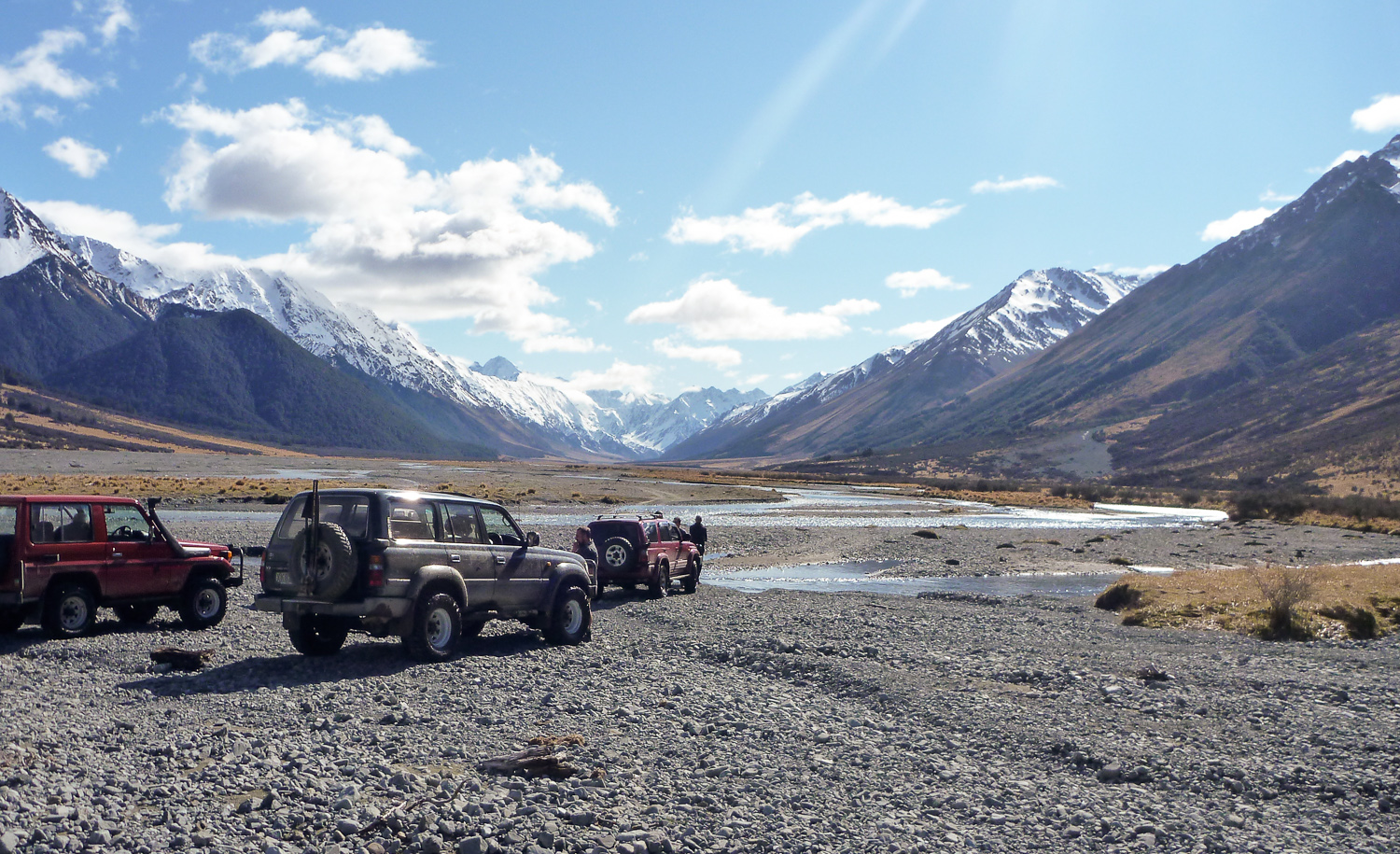 After the short route through the access property, we had a quick cuppa at the edge of the river. The concern over the weather was erased with the river milky but low. The trail up the riverbed was easy to follow in the morning light, and only a couple of crossings were deep enough to cause some hesitation for those without snorkels. 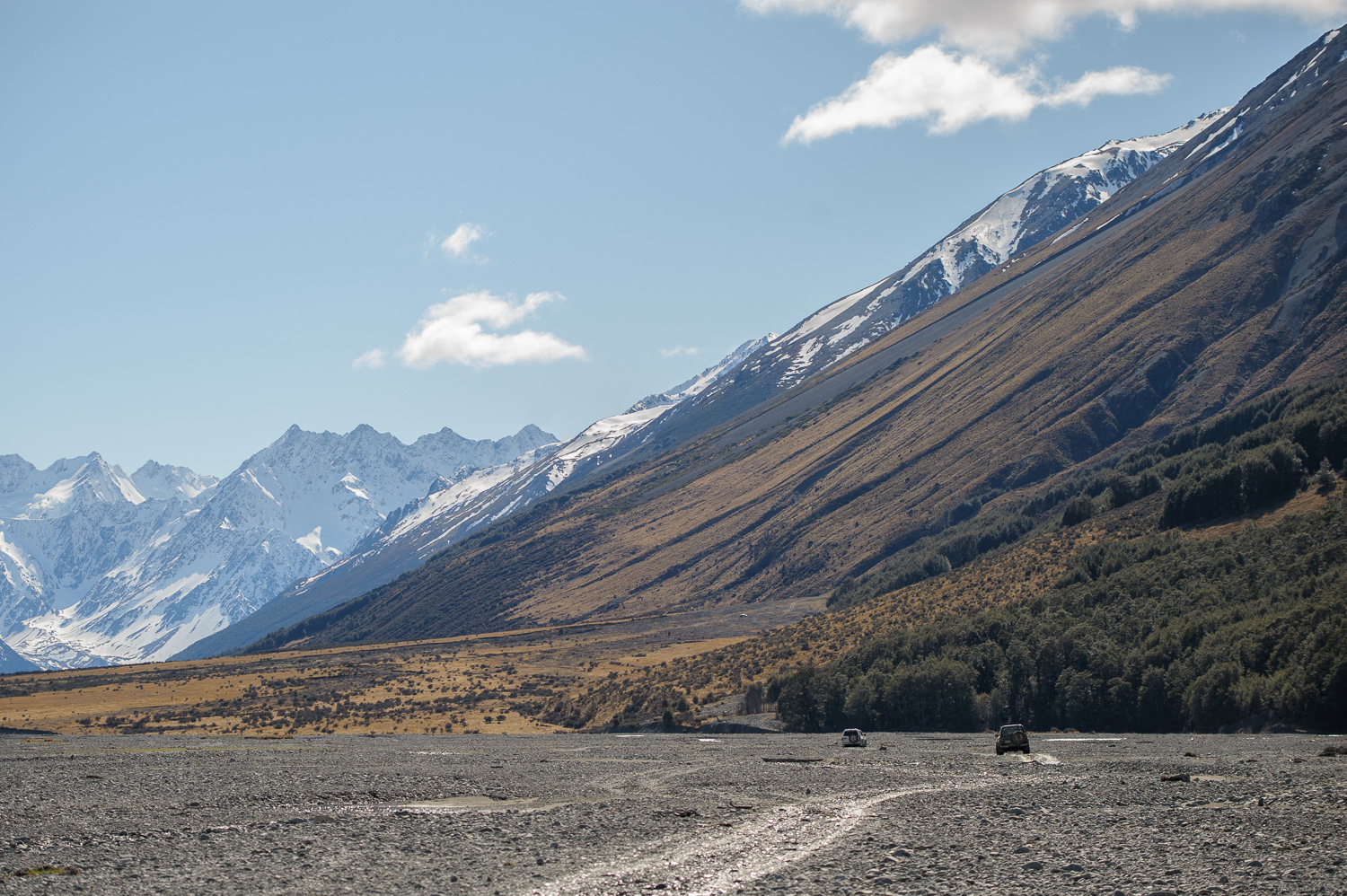 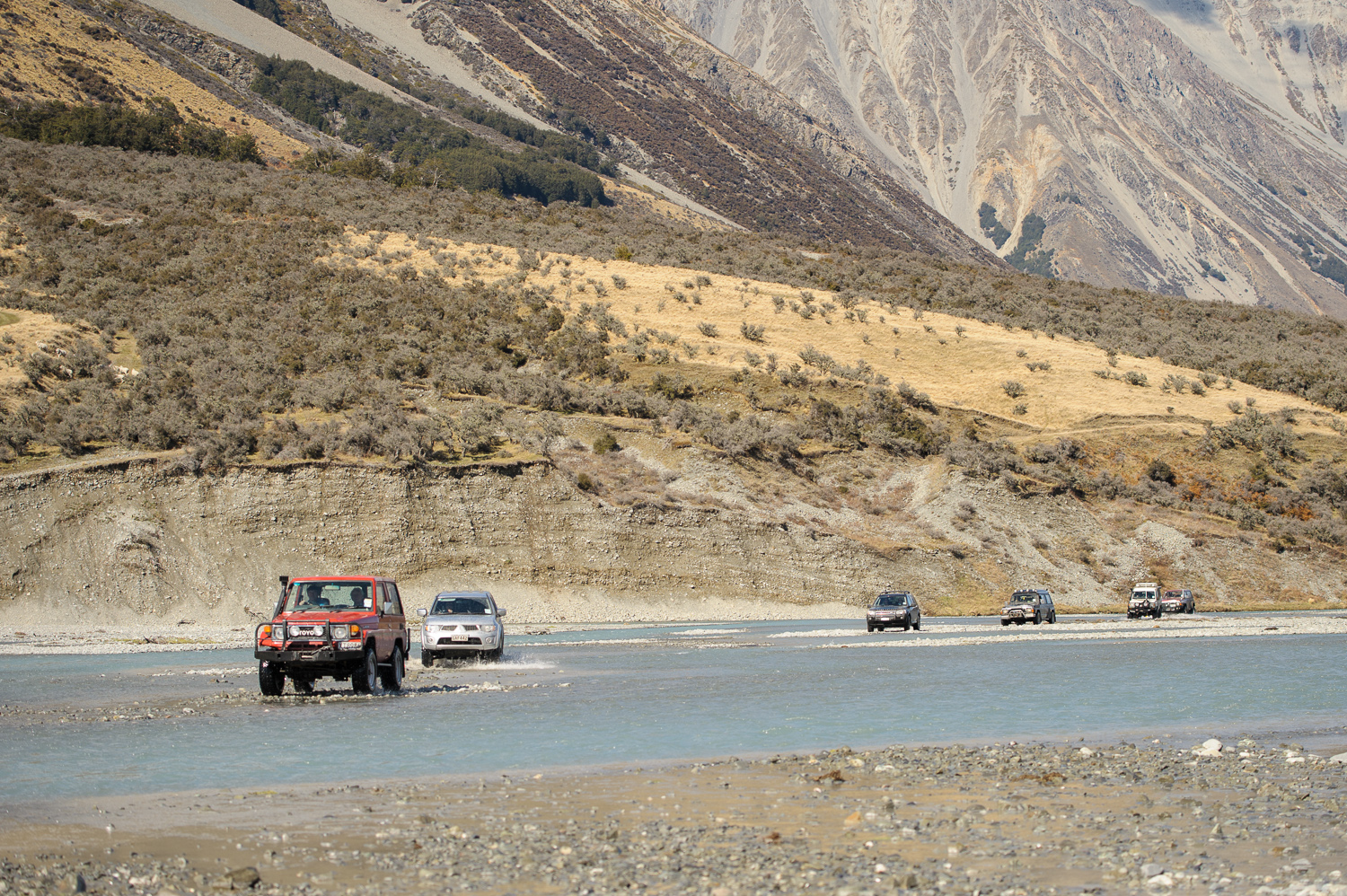 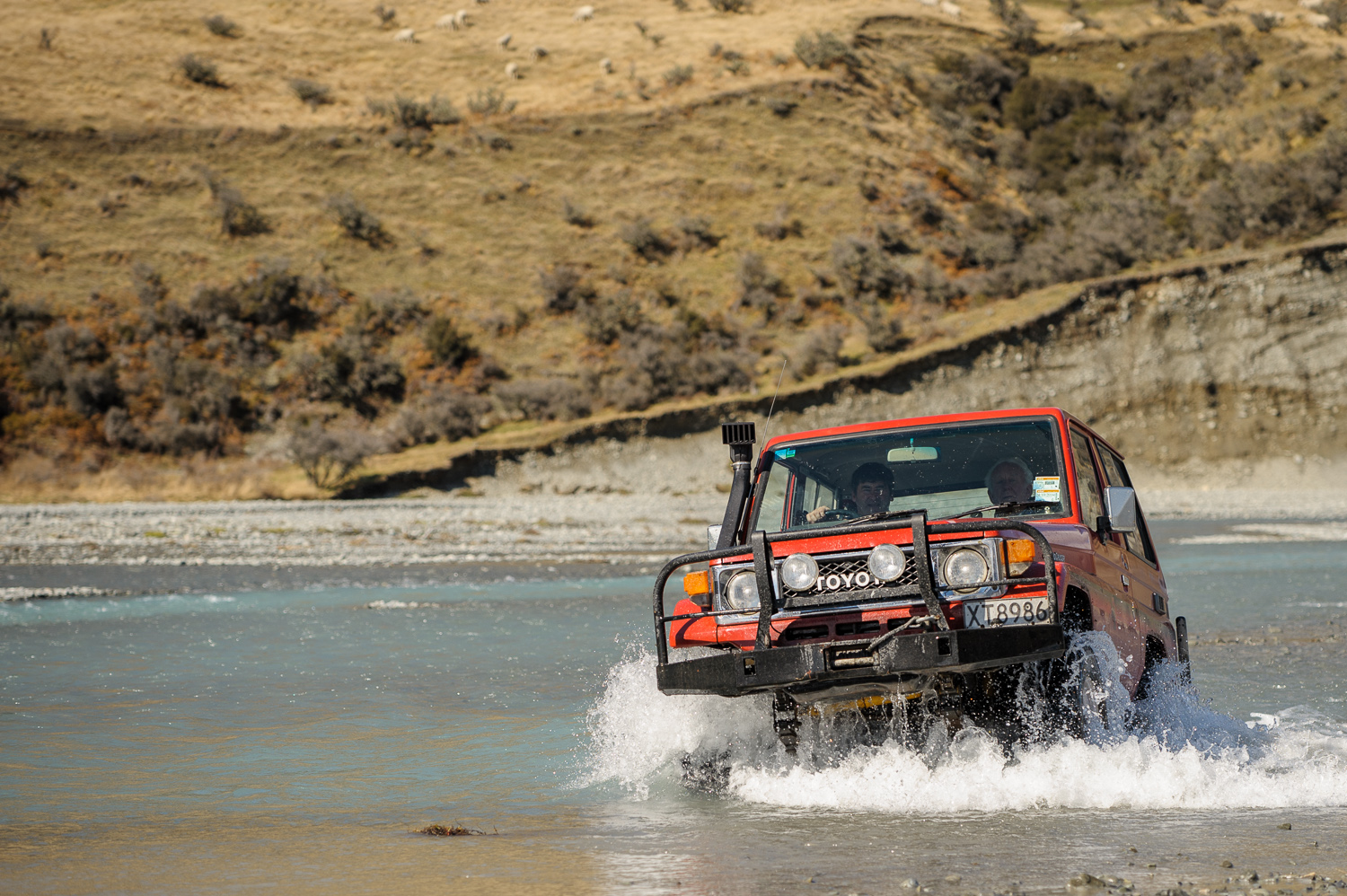 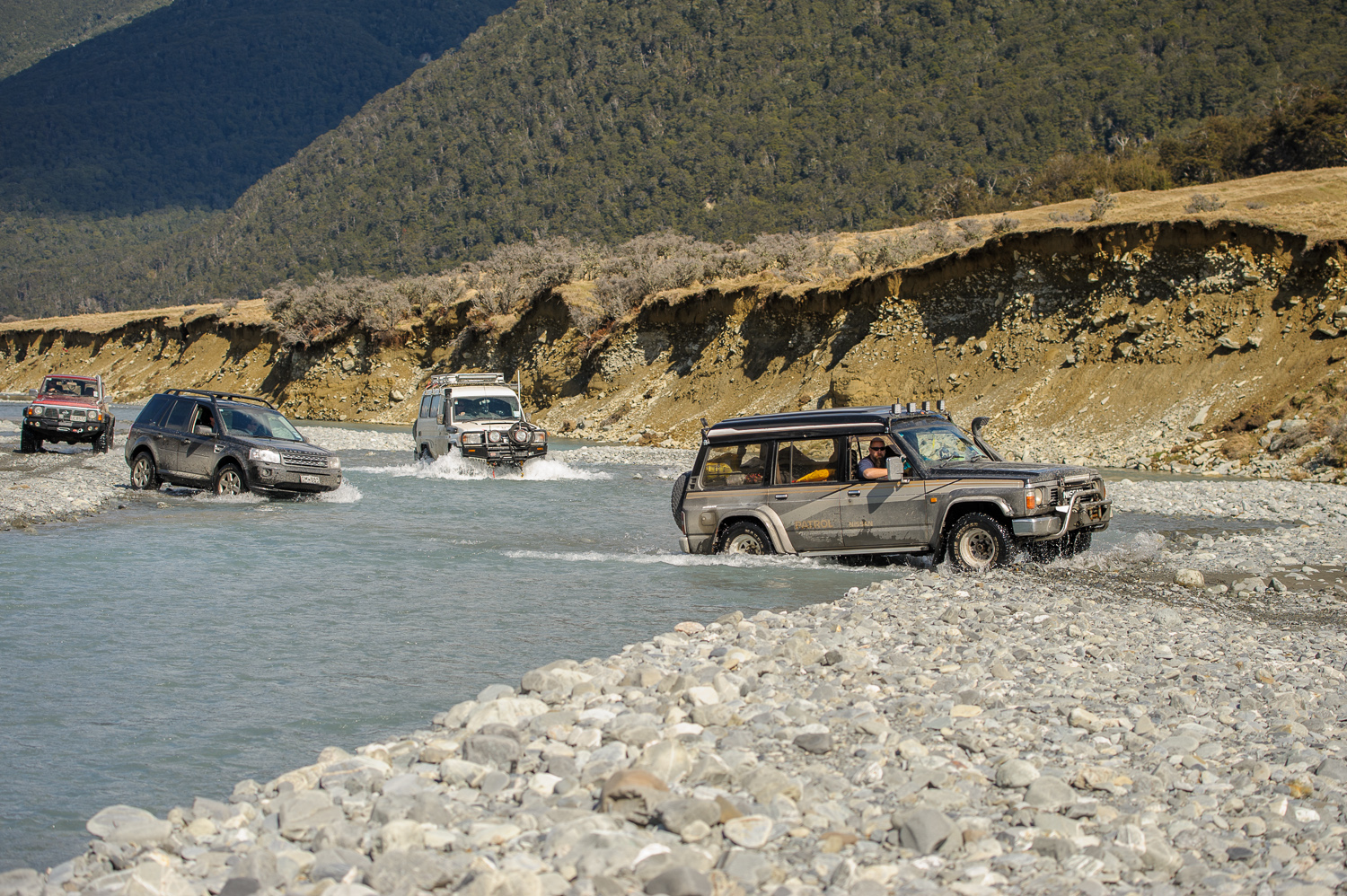 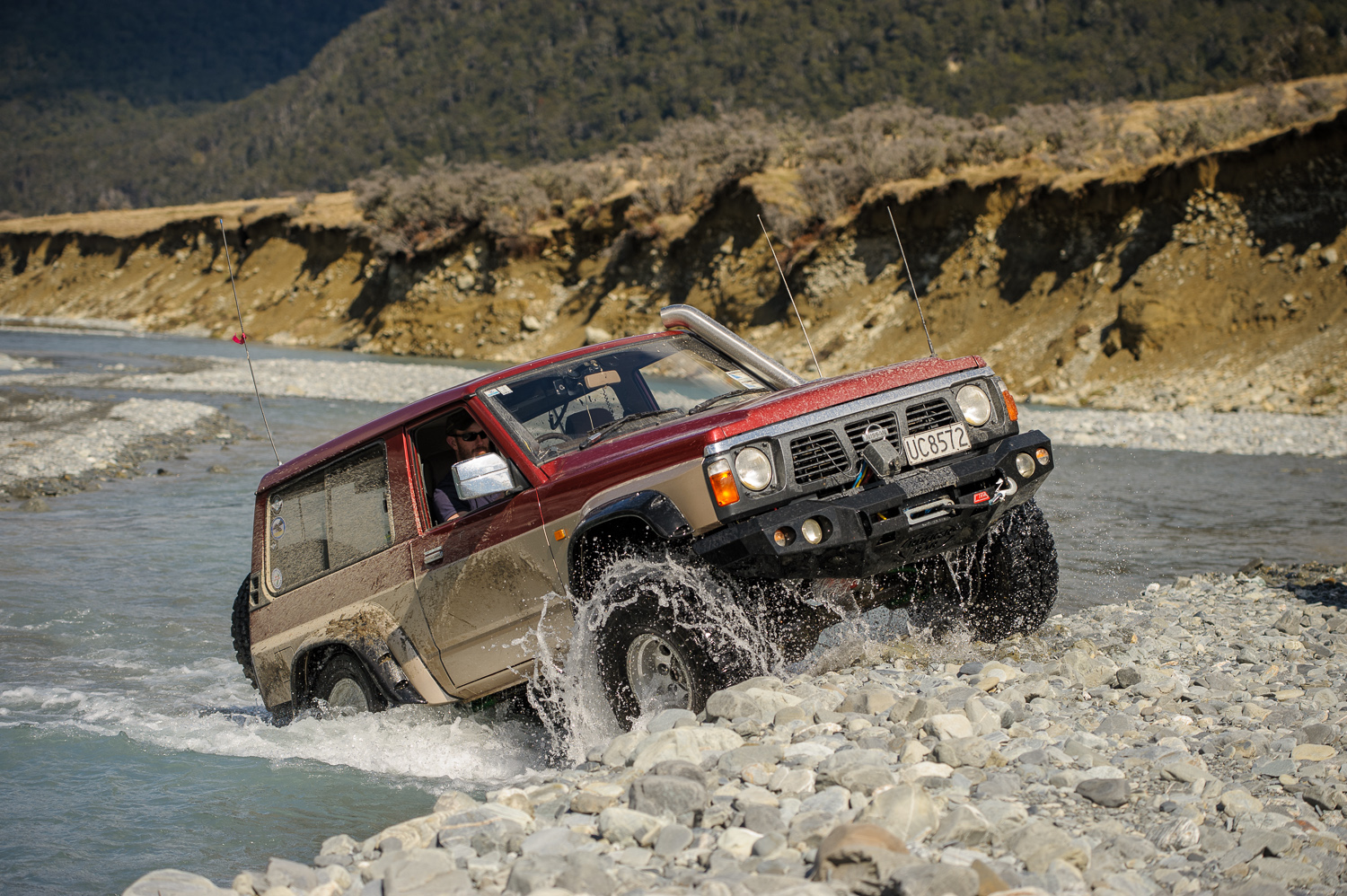 Lunch was at Kennedy Memorial Hut, which had a great little side track leading to it, and a fantastic elevated view up the valley to appreciate in the sun. 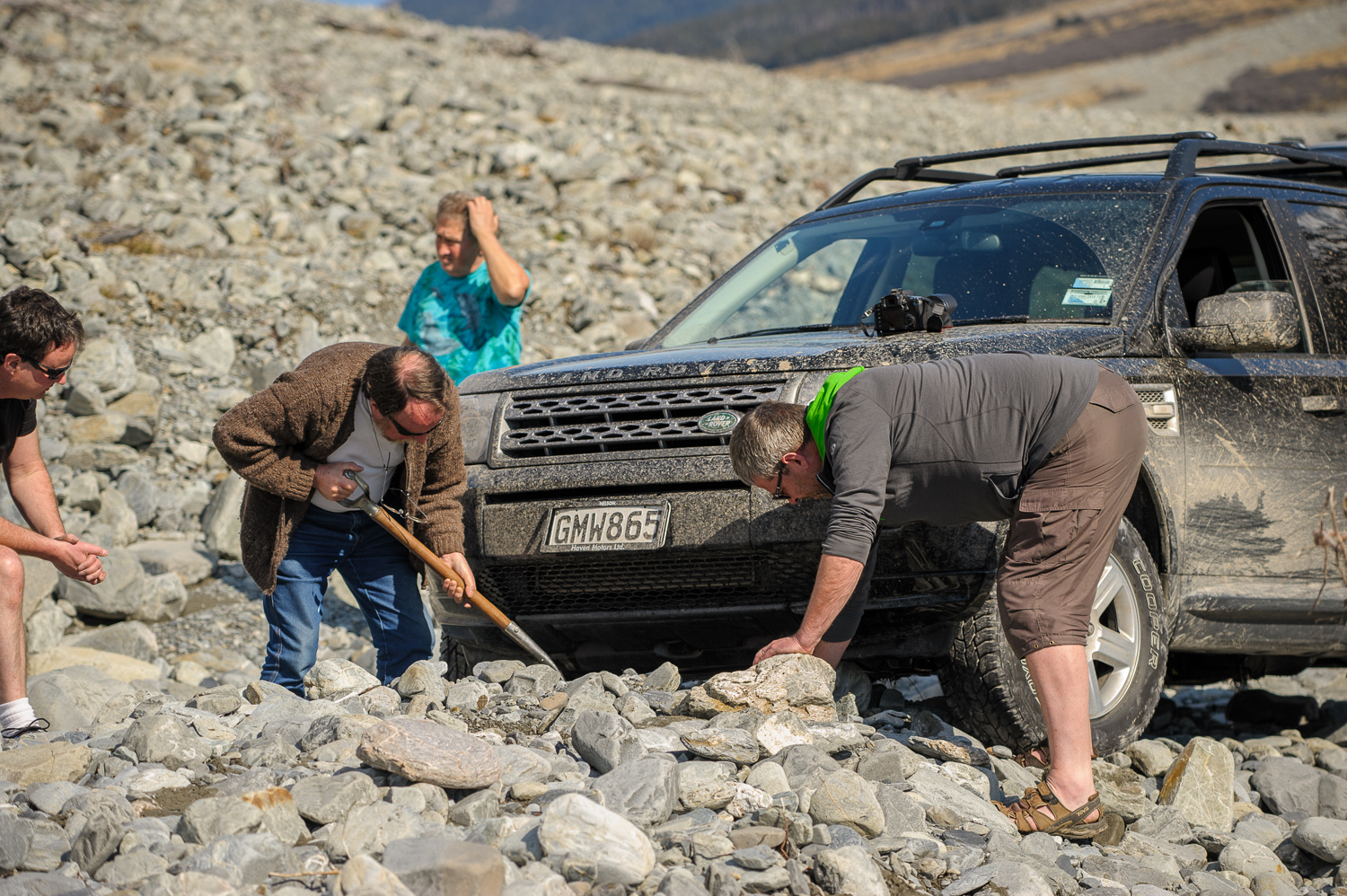 Heading up further, David hooked a rock, and after some elbow grease was applied to free it up, left the Landrover at that point. However after boulder-bouncing on further, there was no sight of it changing, so we called it there and returned. 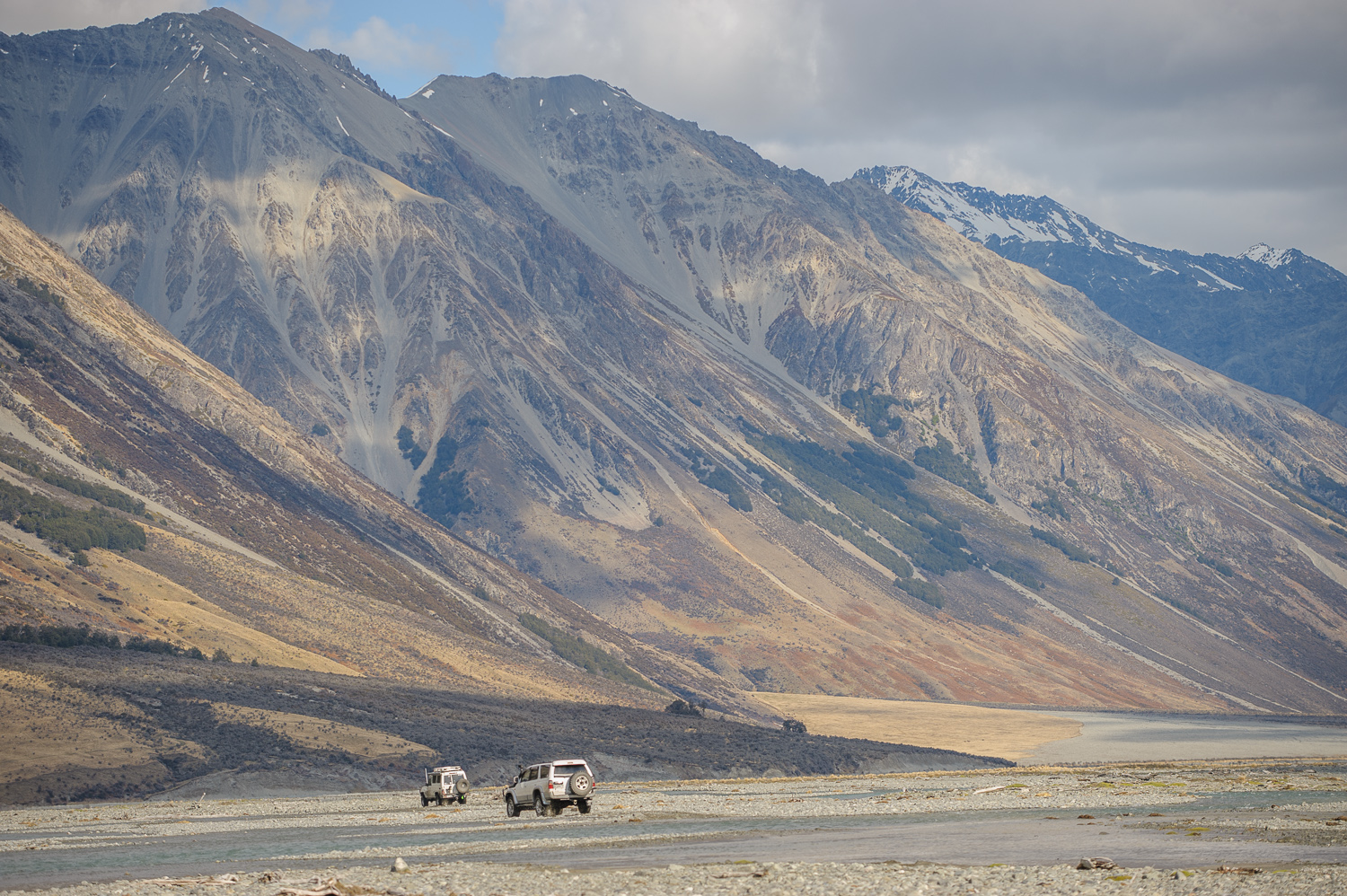 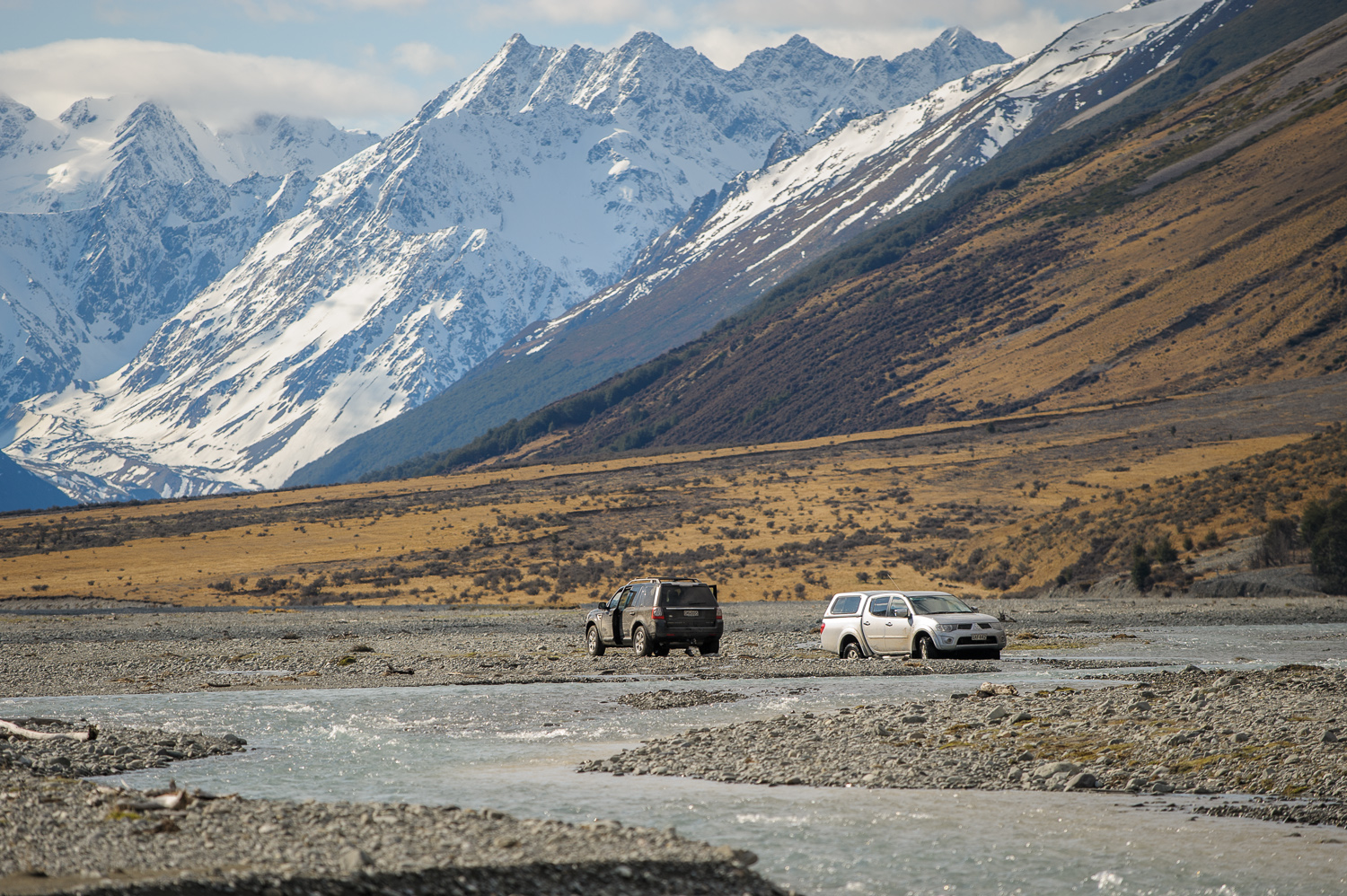 However David was able to use the Landy to rescue Mike with a short pull due to catching a ridge at the wrong angle on the trip down the valley, which was a little more interesting due to the light making it harder to see which lines we took on the way up. 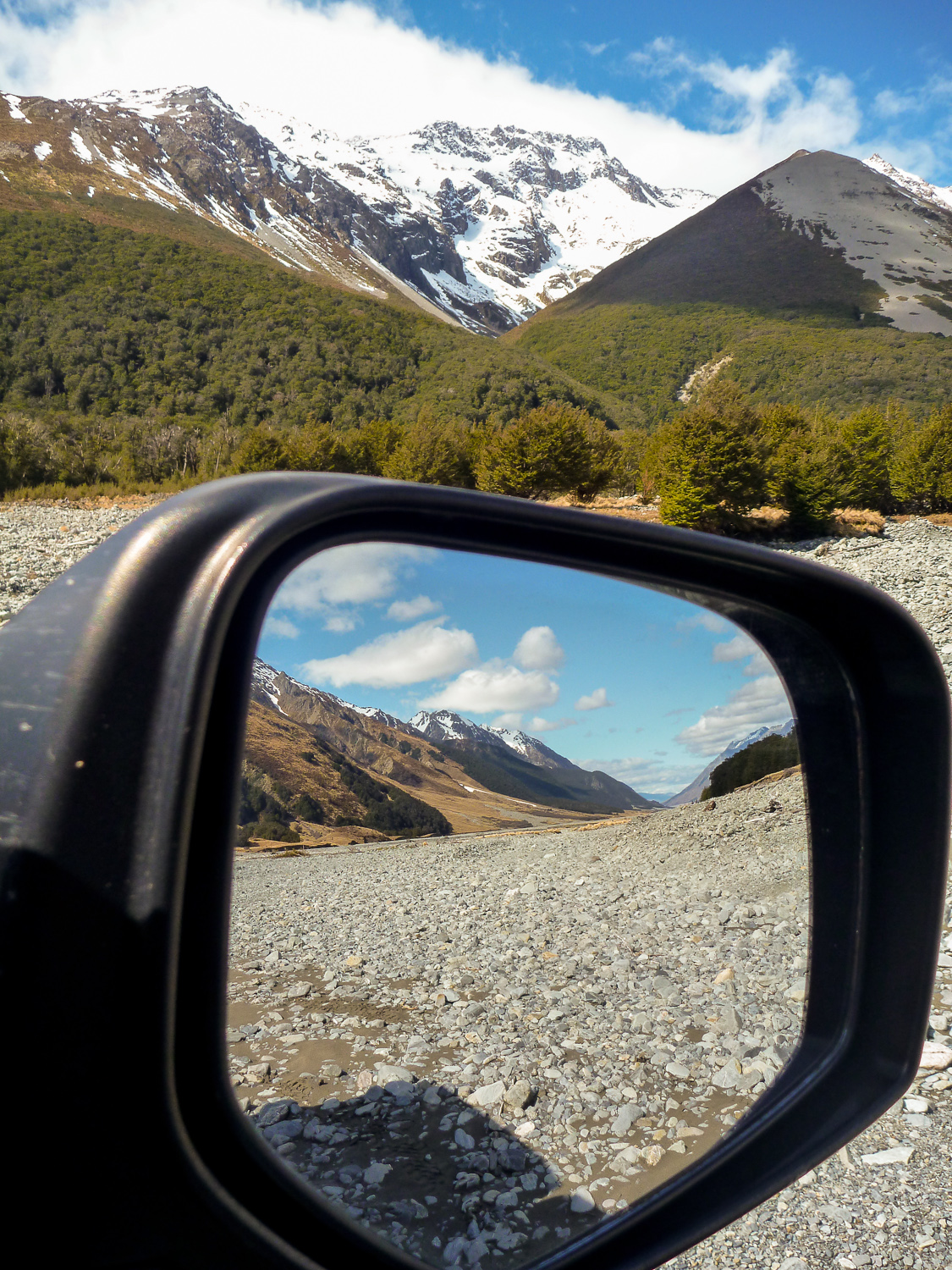 The scenery around you at all angles while travelling through the valley was fantastic. 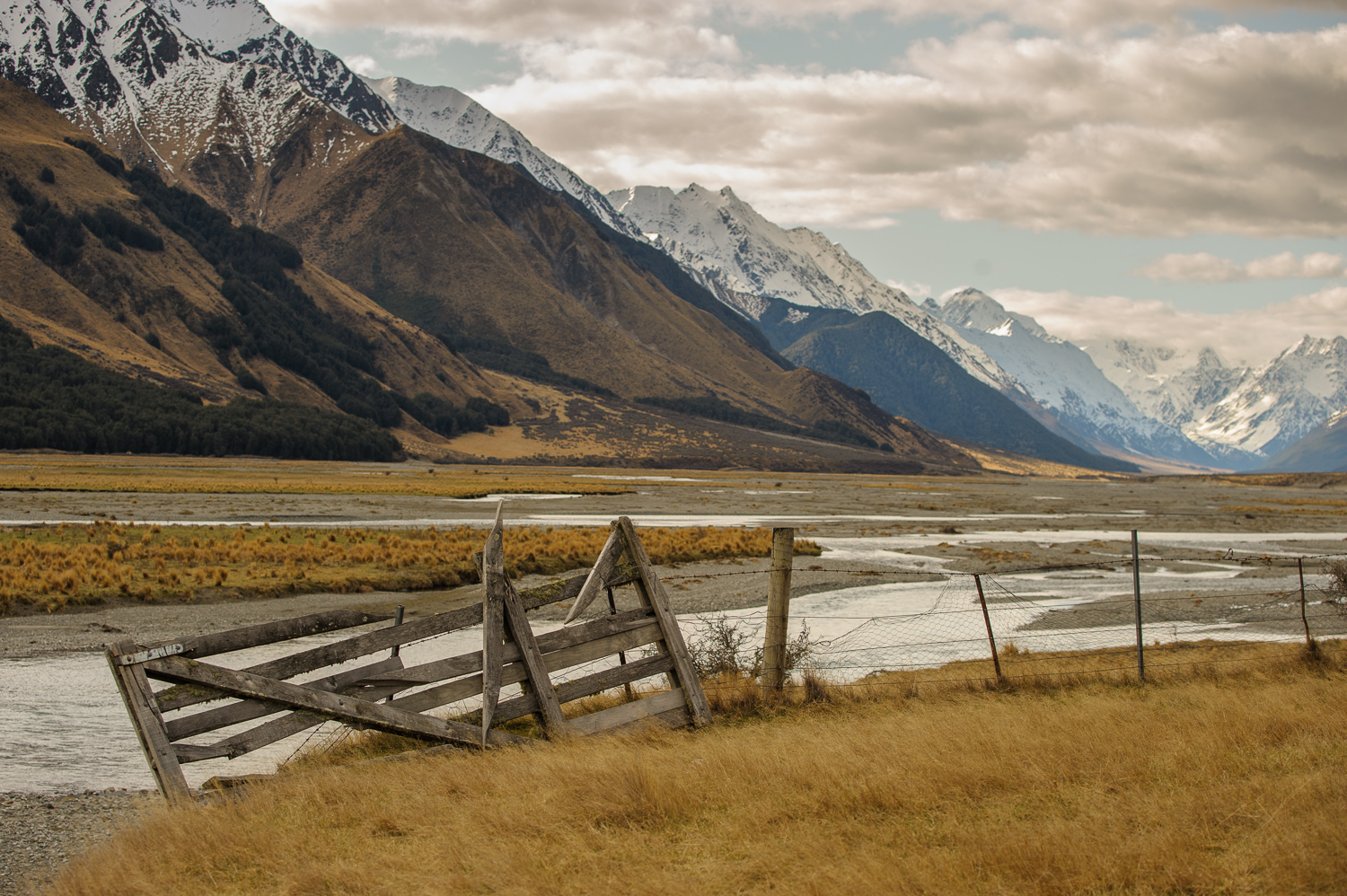 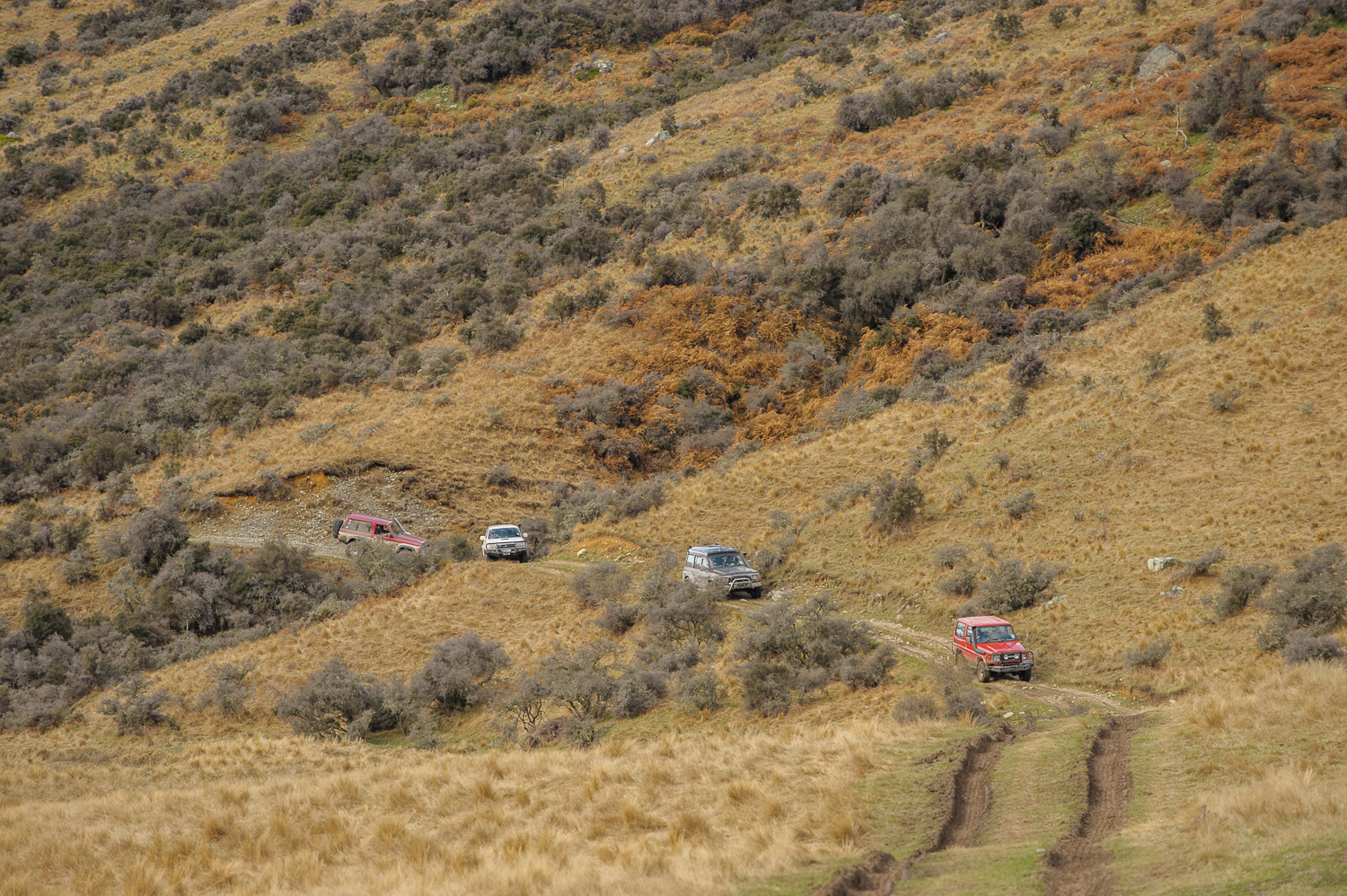 While initially there was thought of doing one of the Godley or the Macauley on this trip, the Saturday access to the Dobson combined with how long Sunday would become once the return home was added on meant that the Hopkins carried more appeal. The majority of the group were not on the previous Hopkins trip, and those left were happy to head up again. The day was more gray than Saturday, with decent levels of cloud hanging around, but some lighter periods to keep the view interesting.

With multiple places to drop off the access road into the river, most of the group had already done so and were heading up - until it was asked if they knew they had passed the spot that had snagged Lasz previously. It makes an amusing sight seeing multiple 4WDs spread out on a flat wide riverbed perform synchronised u-turns in a hurry! 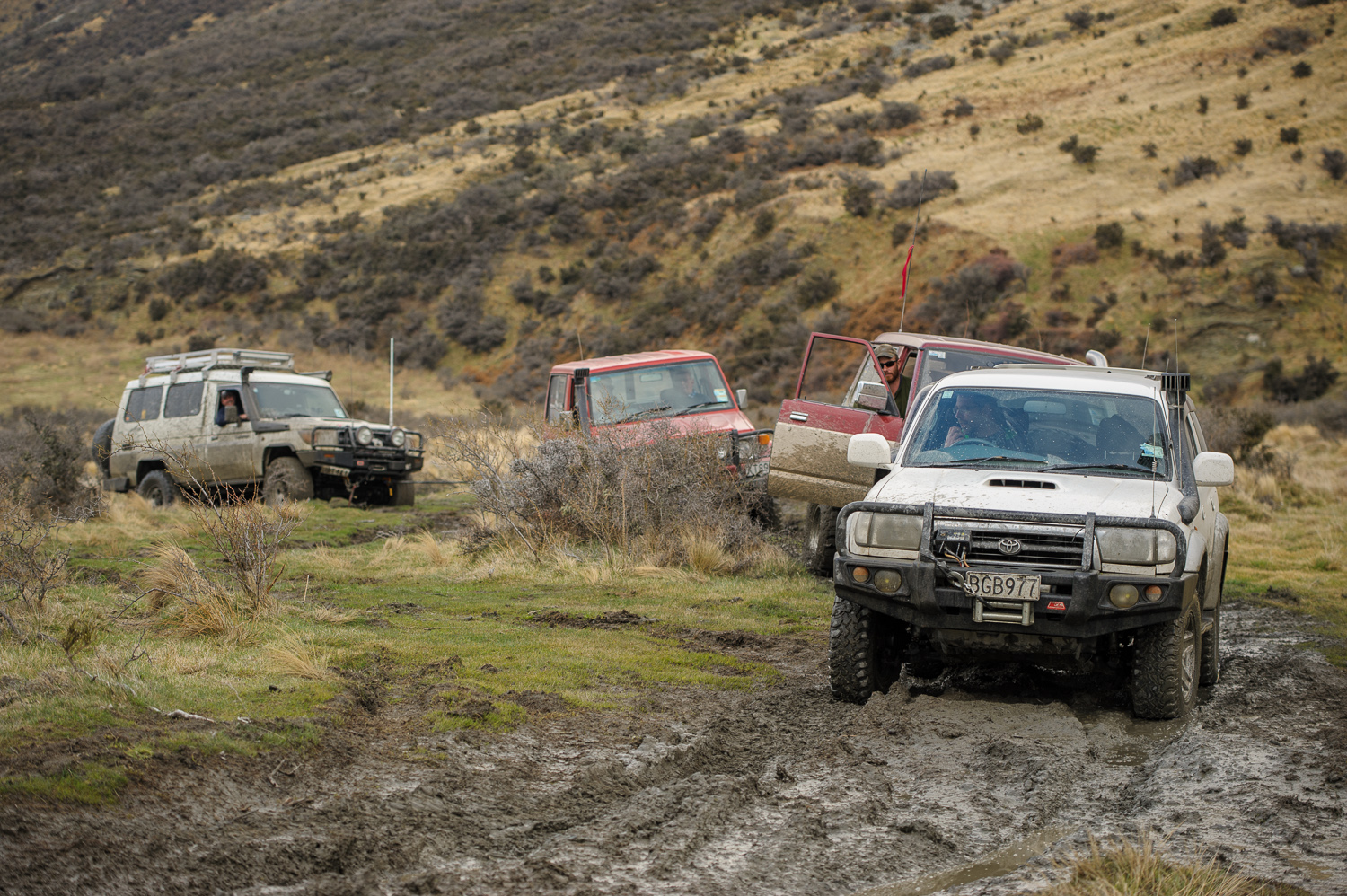 Unfortunately Mr Troopy sucumbed to the same spot, and I'm sure there's a very detailed reason why, but it was lost under everyone's amusement (particularly Grant's). Eventually a train of Guy's Toyota, Grant's Nissan, and Greg's white Surf freed the troopy, allowing Greg to try and claim the bragging rights of pulling out three vehicles.

Morning tea was skipped due to it getting closer to lunch, which was at Red Hut. The river seemed at the same level or even lower than the last trip. 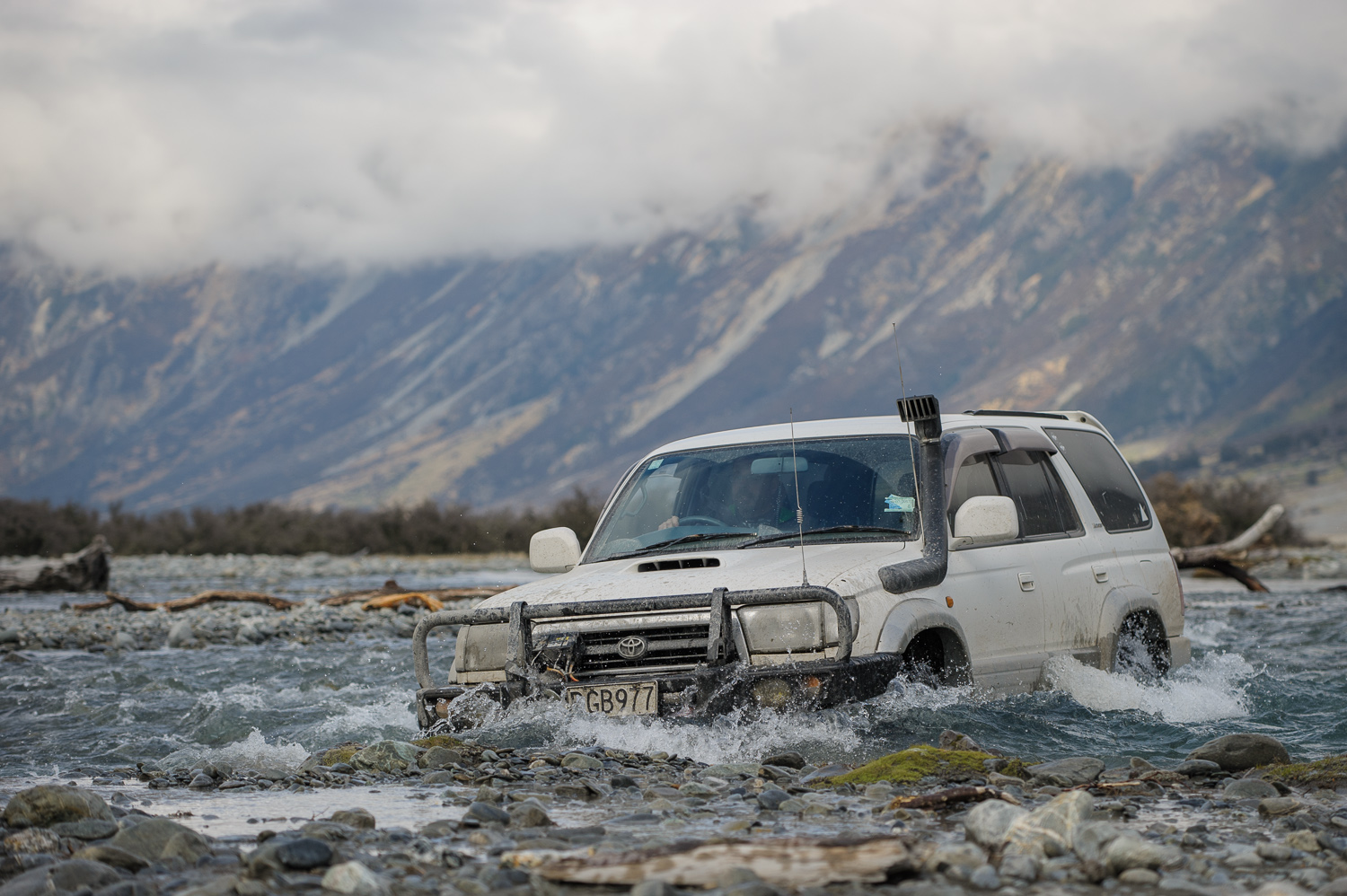 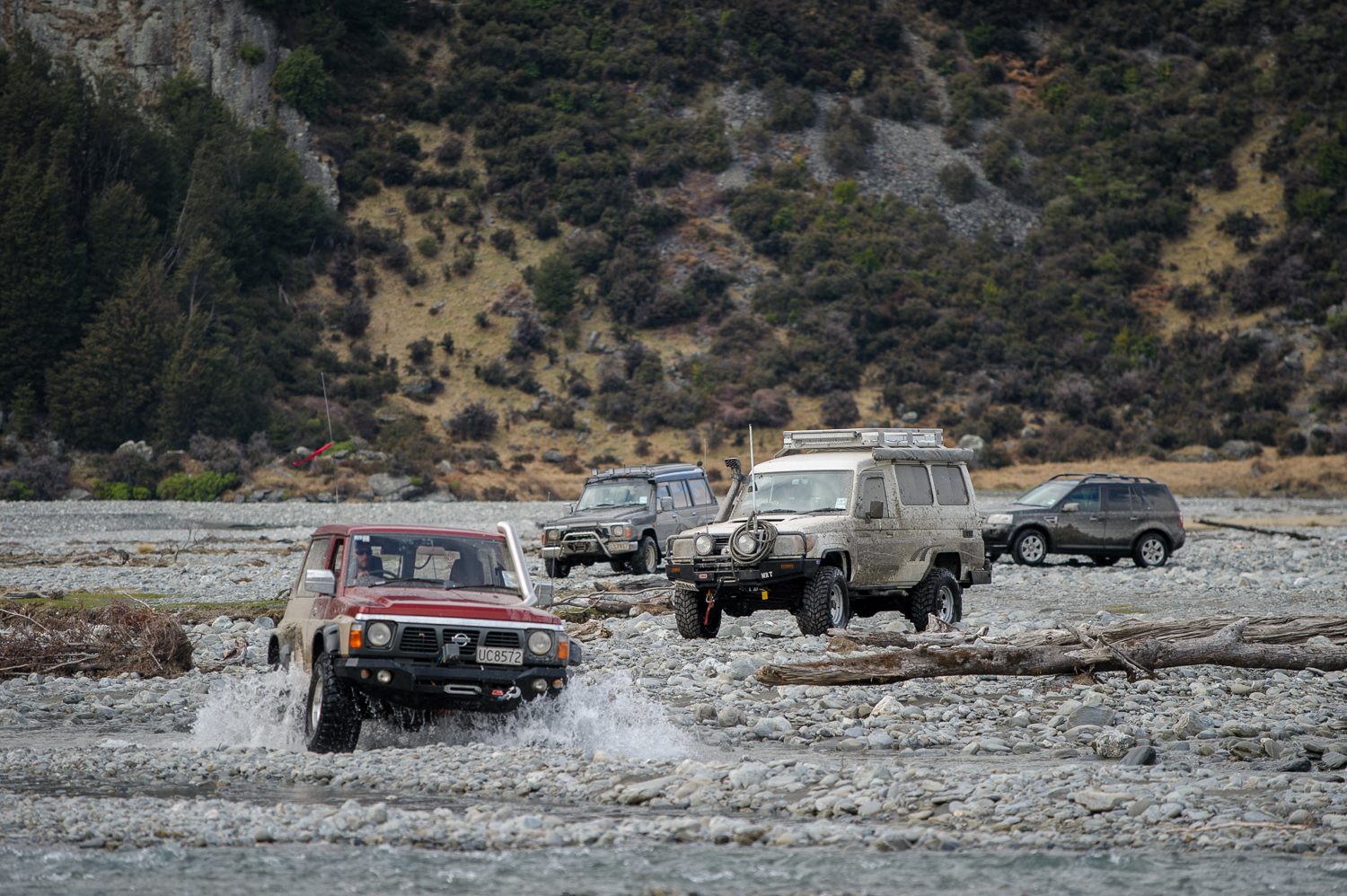 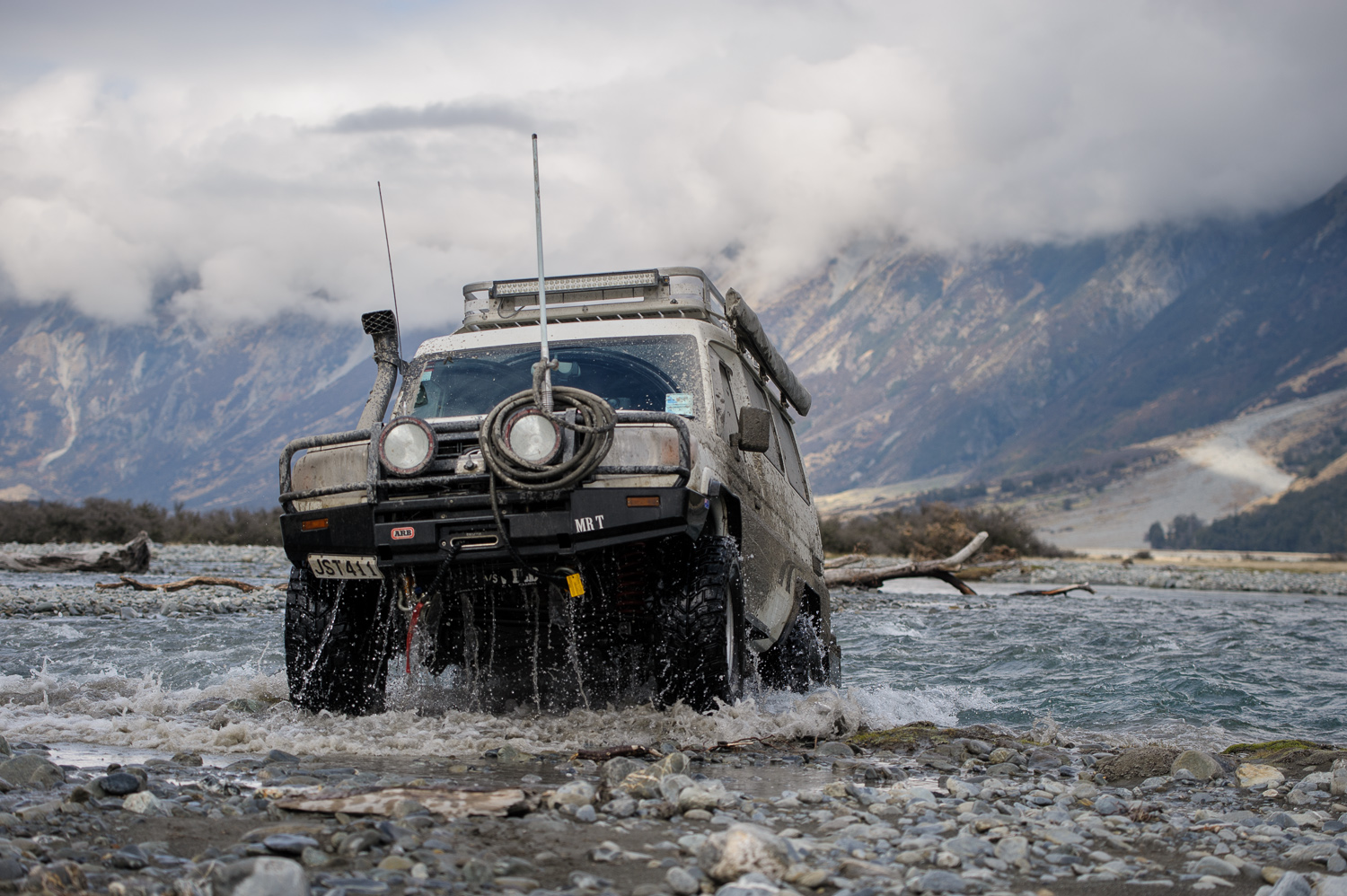 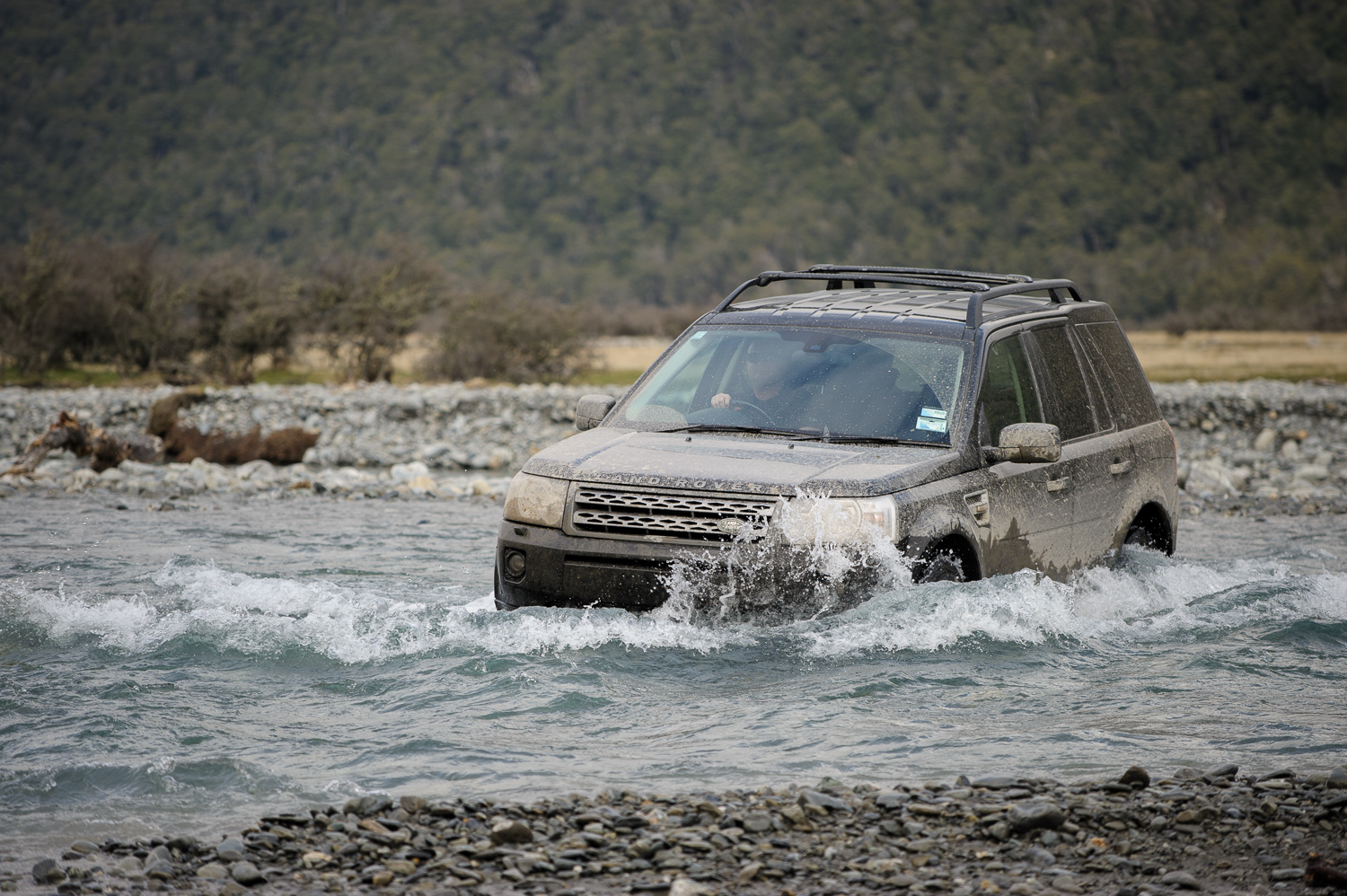 After one crossing that was getting a bit close for comfort, David left the Landy just in case a soft spot created an issue. 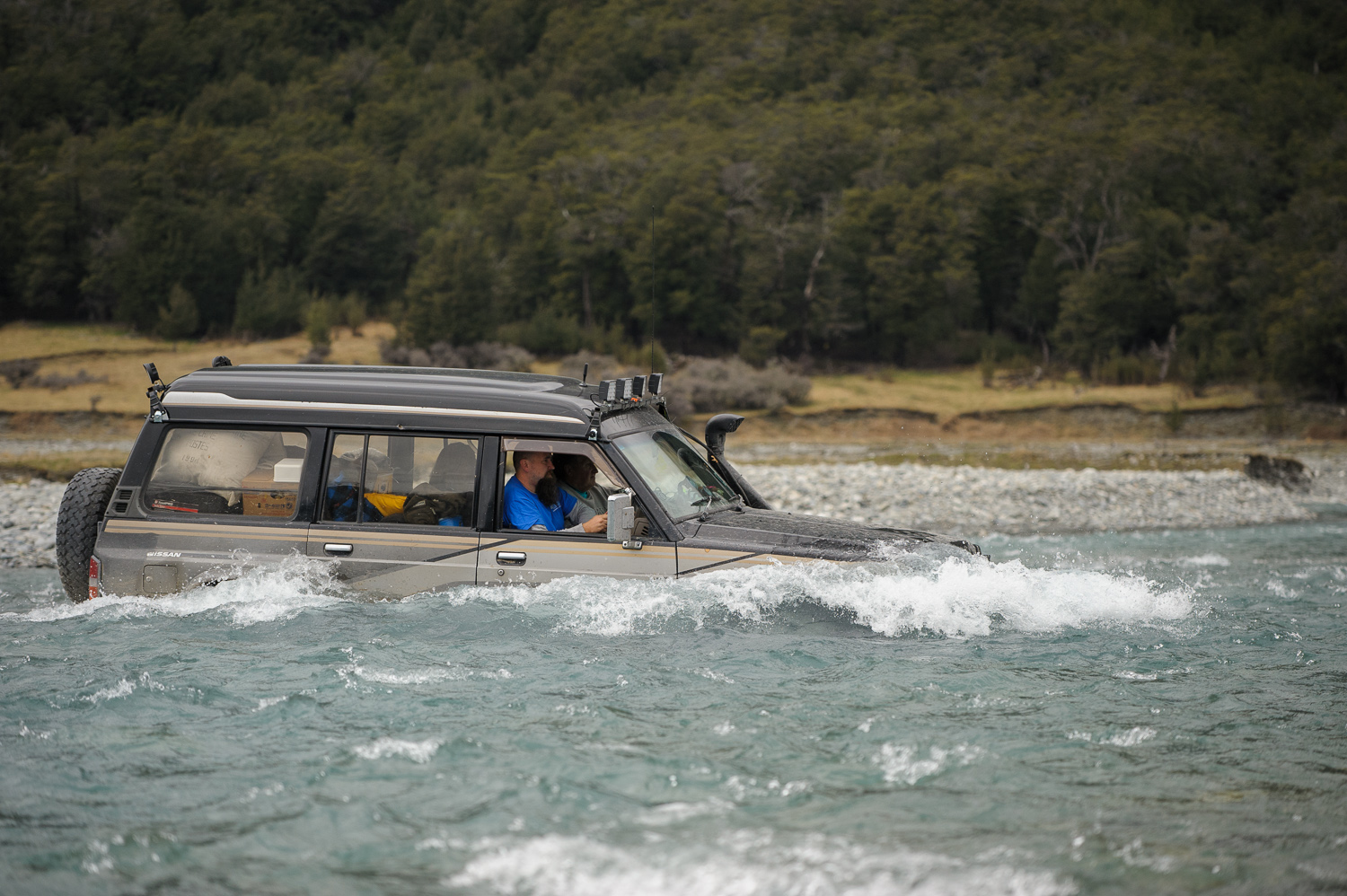 There was the remains of a fire smouldering at Red Hut, but no other souls, and still no ridable beetles. 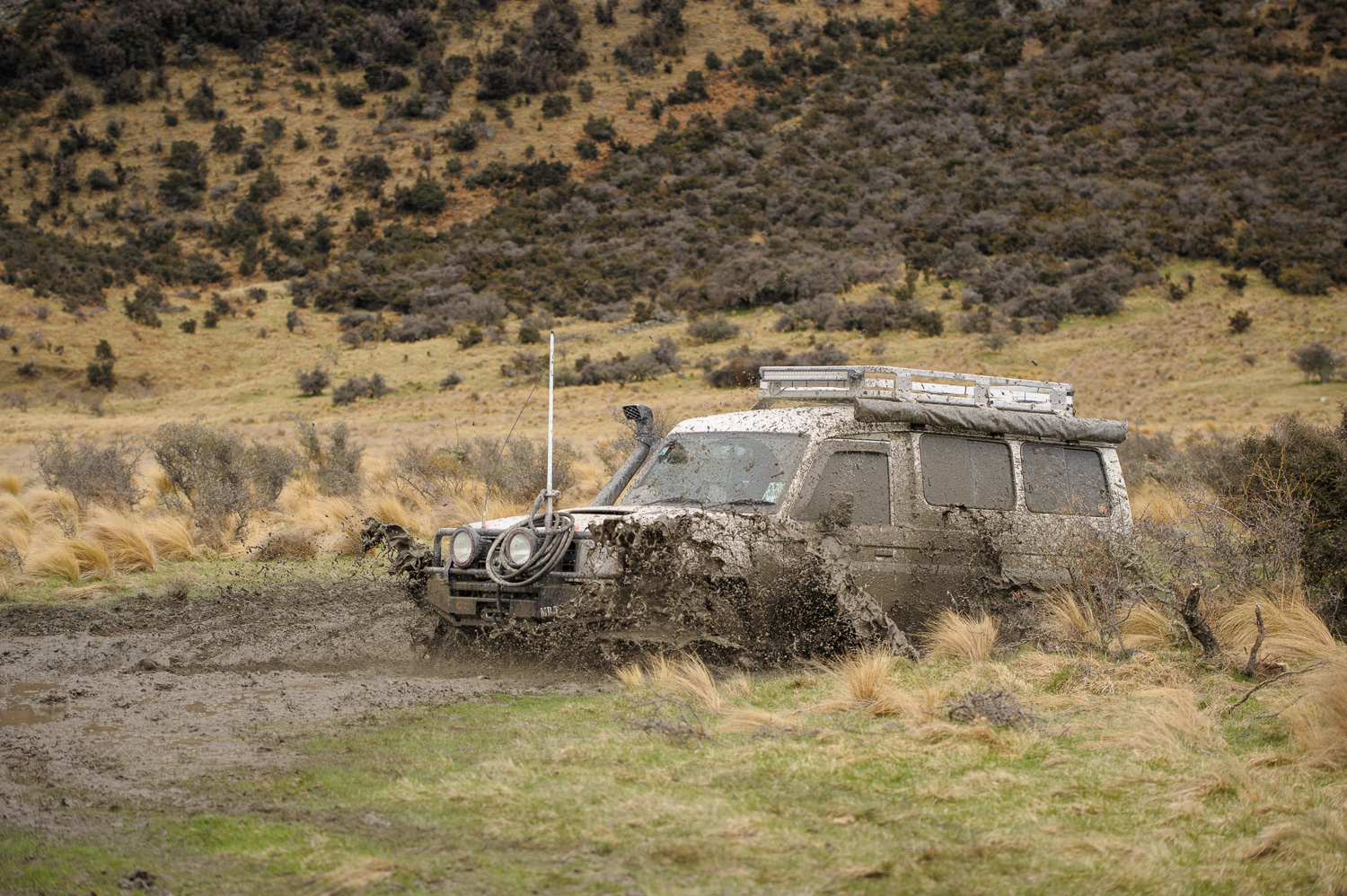 On the return, the troopy redeemed itself by making it through the sticky spot (with vigour). This ended a a great weekend up the valleys, with better weather than expected, and no vehicle issues. 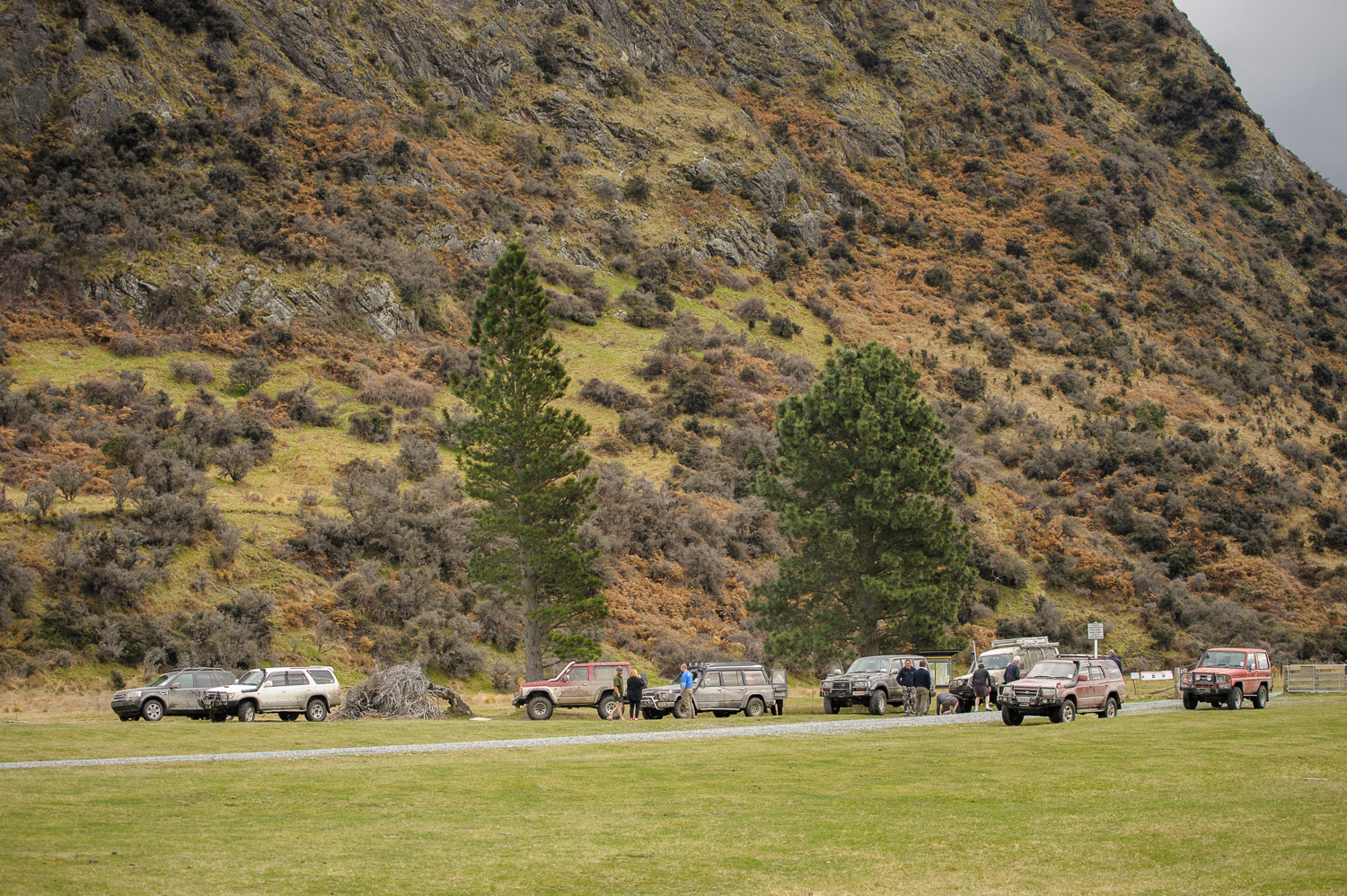